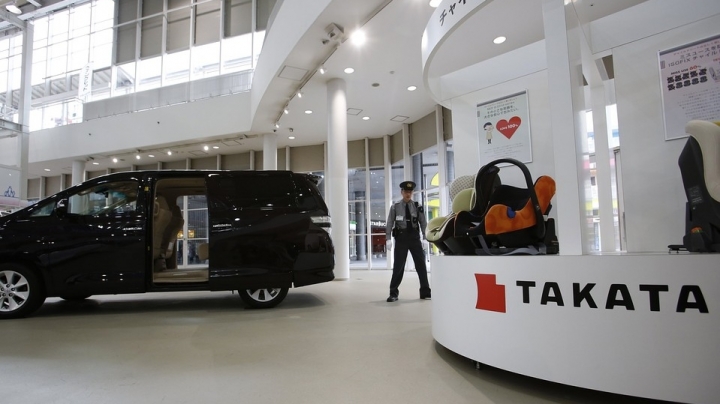 South Korea said on Wednesday that 13 automakers will recall some 110,000 vehicles equipped with Takata Corp's defective air bags, the latest development in a long-running safety crisis involving the Japanese company.

The United States in May announced a new round of recall of Takata's air bag inflators which have been linked to at least 14 deaths and more than 100 injuries and triggered the largest-ever auto recall. Since then, other countries have been announcing their own national recalls.

South Korea's transport ministry said a total of 221,870 vehicles made by 17 automakers have faulty Takata air bags. While 13 companies including Honda Motor (7267.T), Toyota Motor (7203.T), BMW (BMWG.DE) and Audi plan to recall some 110,000 of them, four others including General Motors (GM.N) and Mercedes-Benz have not decided on their global recall plans.

The ministry said those companies could face a fine or a 10-year prison sentence should they delay recalls.

In 2013, South Korea started recalls of some 50,000 vehicles with defective Takata airbags, with nearly 45 percent of the models having replacement airbags by June this year.