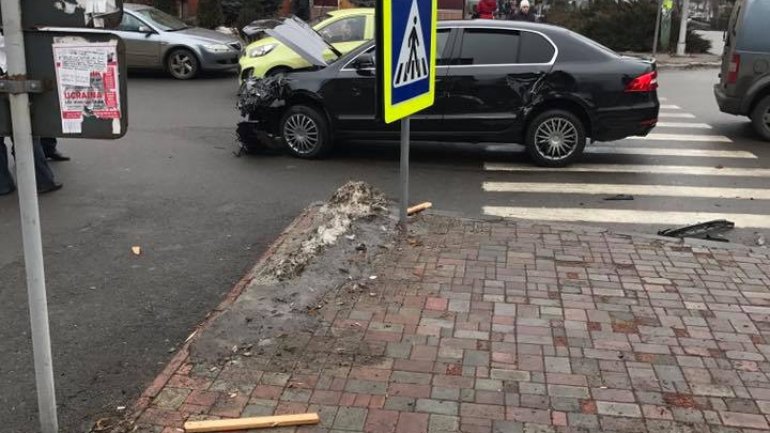 Another road accident happened today, February 6th, in the capital. A bus crashed into a car. Following the impact, the bus hit a booth on the street.

Following the accident two of the passengers have been transported to the hospital with light wounds.

“The passengers have been checked in  a state of emergency. No indication for hospitalization having been found they received the necessary medical care and have been prescribed outpatient treatment under the family doctor’s supervision. Just a slight commotion of the soft tissues, nothing special, nothing serious” says the head of the Emergency Hospital, Igor Curov.

According to the police the driver of the bus is a man in his fifties while the other vehicle’s driver is a man of 44.

The police are investigating the circumstances to determine who’s responsibility is the accident.

“We will examine the place of the accident to determine who is the one responsible for the accident and in the mean time we are waiting for the results of the victims’ examination to determine the severity of the wounds suffered from the accident.”  Stated the press officer of the capital police, Natalia Stati.

The accident occurred at the intersection of the Grigore Vieru boulevard and Ierusalem street in the capital.

In the mean time there was another accident involving a bus and a civil car on the Muncesti street. The ones involved did not suffer any injuries.

In both cases the drivers who were found guilty are to receive 6 penalty points and a fine of 1000 MDL.