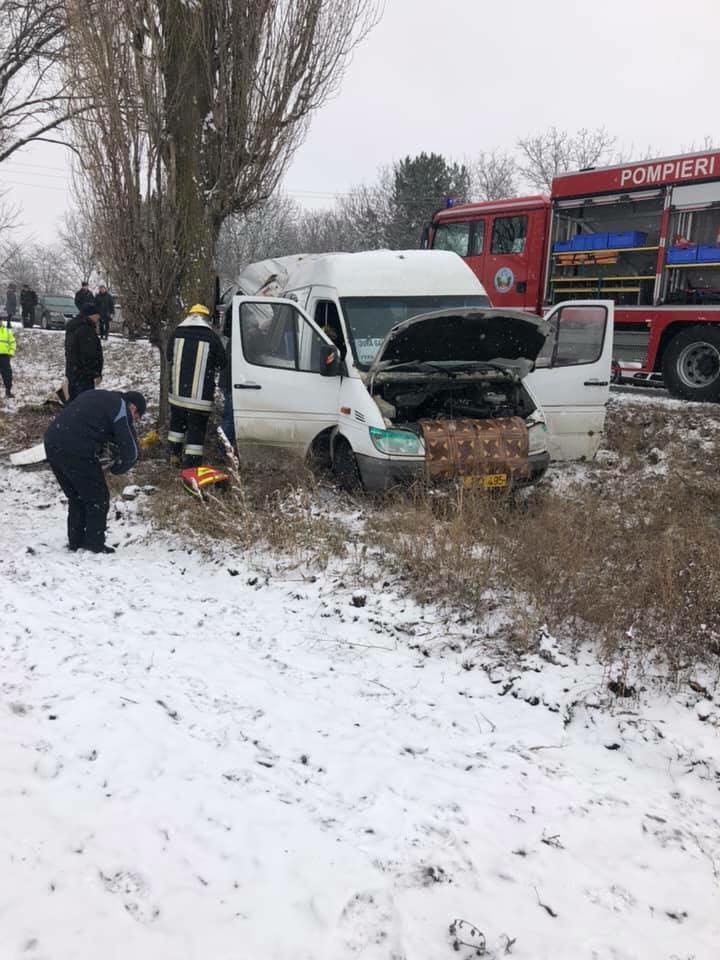 A serious accident occurred shortly in the village of Bozieni in Hincesti district. A mud-bog full of passengers skidded off the road and struck violently in a tree on the side of the road.

There was a crew of firemen on the scene. It is not known at this time whether they are victims, but people have been terrified.

At the same time, a woman was caught between the beasts and others were injured.

The people injured after the accident were transported and admitted to Hincesti district hospital. Totally, eight people have been injured, and two are in serious condition.