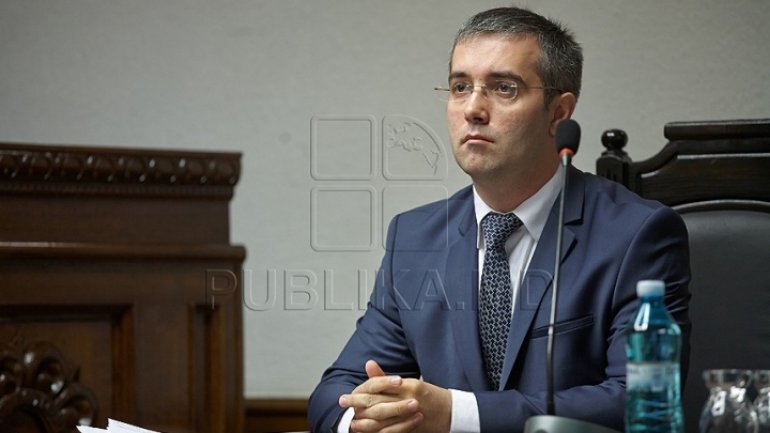 The Democrat (PDM) Sergiu Sirbu responds to PAS leader Maia Sandu’s critique of the uninominal voting she made in a TV show, on his Facebook page.

"Mrs. Sandu Maia criticized the bill on the uninominal voting mentioning as many as three allegedly ‘dubious’ elements. So, one criticizes that the authors propose the following:

- a possible revision of the constituency boundaries to be allowed 90 days before the elections the latest;
- courts may call off the law-maker;
- why one-round voting and who will be favored.

If these are all Mrs. Sandu’s objections, we’d be glad to have had in the working group where she may have learnt the following:

Thus, in order to observe the basic territorial-demographic principle and the relative equality among constituencies, there will always be a need to revise the constituency boundaries. But! Namely not to allow abuses on behalf of authorities, the 90-day deadline has been provided.

Why are no risks there? Because nominating candidates starts but 60 days before the poll day and the other electoral procedures take place only within this term.

Thus, in the moment when Maia Sandu decides in which constituency she wants to become an MP elected by the people, the game rules will be clear, the constituencies determined without any right of revision!

The authors invented nothing here. The argument is simple. At this stage there are no constituency electoral councils. But an authority is bound to check up the procedures. The court has all the legal leverage. The court will just certify the legal procedures, namely to avoid political abuses. The final decision will be taken by the people regarding the worthiness of the deputy to keep the seat or not!

I am sorry if Mrs. Sandu considers I’m lecturing her in law, it’s not my purpose, I only urge her to read all the pages of the bill and analyze them, namely not to place herself in the situation of exposes herself superficially. The debate is important for us and we want to have partners as informed as possible, so as to get out with a better draft from these discussions.

We can ask with the same success why it is so in the USA or the UK and in other states from the Anglo-Saxon community and not only.

The authors propose the uninominal vote by relative majority considering it the most objective test of the people’s trust in a candidate, without any backstage game leading the electorate into error. I really don’t understand Mrs. Sandu’s fear: does she have any doubts she may gain the simple majority in a constituency?

Citing a show on Discovery Chanel – the myths are busted!

At the same time, if Mrs. Sandu has more questions, the invitation for public debates over this move stays open! We are waiting for you to listen to your critique and let’s discuss it," Sergiu Sirbu posted.