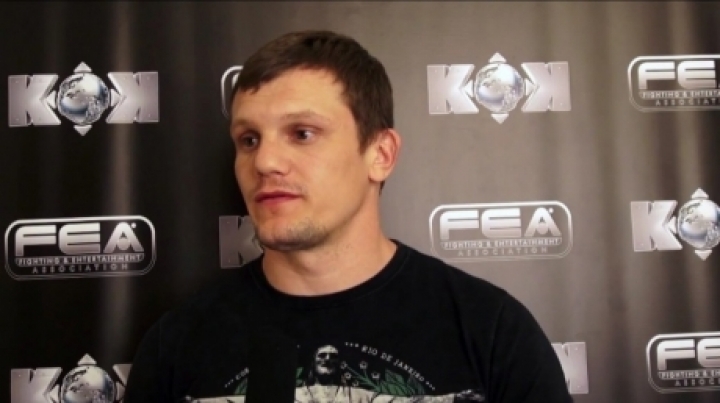 The two athletes met in the ring in December last year and Morari lost in a very tense duel.

"I improved some things. We expect a tough fight, naturally, because it's not normal to think of an easy fight" ,  said K-1 fighter, Sergiu Morari.

"The responsibility is great and we want to take the belt. We'll fight Zîbin at home. Obviously, the public will support and  we work very hard on that" , said coach Stefan Cirlig.

At the gala in Tallinn our country will be represented by another athlete. Vitalie Matei will fight Mirkko Moisar, also in Estonia, in a superfight within the weight category up to 71 kg.

"When you fight away from home is somehow a different situation. But anyway, we are ready! At home, abroad, it doesn't matter. We are fighters and we fight where we can and where we intend" , said wrestler Vitalie Matei.

"Both fighters will habe tought opponents. Vitalie will meet with Estonia's star, Mirkko Moisar. Roman Zîbin is a good fighter with a character of iron. Sergiu will not have an easy life with him" , said the FEA president Dorin Damir.

Morari and Matei will miss the K.O.K. gala in Chisinau, which is scheduled for October 1st and will take place at the Polyvalent Hall in the capital.