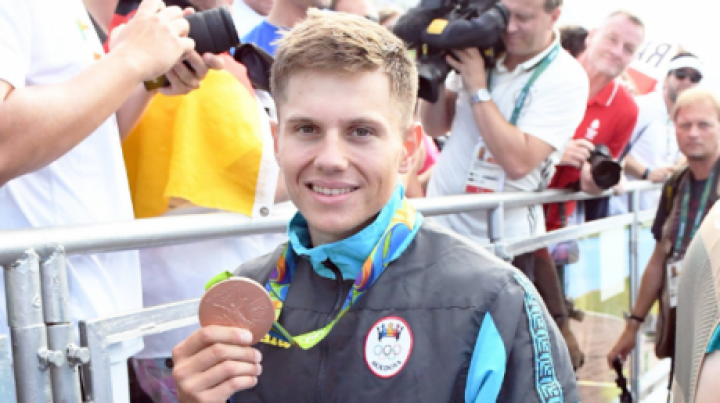 Serghei Tarnovschi fulfilled his childhood dream! Moldovan athelete won the bronze medal at the Olympic Games in Rio de Janeiro in simple canoes sample in the distance of 1,000 meters.

Tarnovschi is delighted with this result.

Winning the bronze medal at the Olympics is the biggest result of his career. The naturalized rower of 19-year-old claims he dreamt of climbing the Olympic podium since little boy. He came third in the canoe simple sample distance of 1,000 meters.

"I dreamt of getting to the Olympics since childhood and to win a medal. In the end I did it. It's a great day in my life and it will always remain in memory" , said Serghei Tarnovschi.

Tarnovschi claimed the bronze medal in a close fight with Russian Ilia Ştokalov, managing to surpass last few meters.
Because of his performances, Tarnovschi will be awarded with two million lei.

Prime Minister Pavel Filip and President of the Parliament Andrian Candu, are among the first officials who congratulated him on the sport.

In a message posted on a social network, the Prime Minister said that the success of Tarnovschi performance is admirable and he should be grateful that he proudly represented our country at this prestigious competition.

And the head of parliament thanked him for the beautiful emotions he felt when the tricolor was raised on the winners podium.