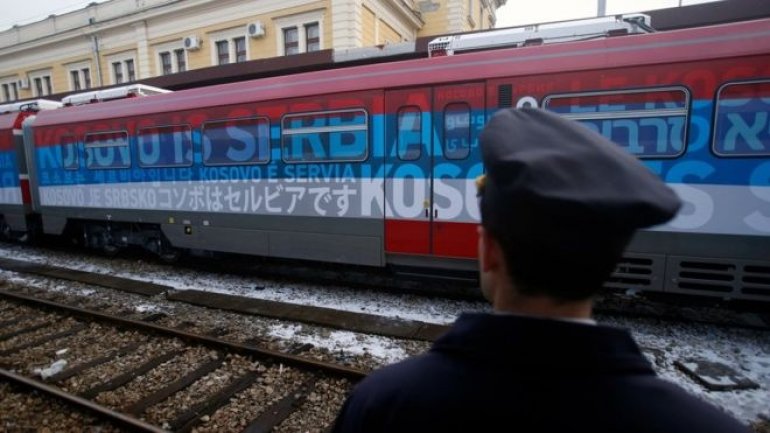 Kosovo has prevented a Serbian train from crossing the border between the two countries, with allegations it was prepared to blow up the track, according to BBC.

The inaugural service from Belgrade to northern Kosovo was heralded as an important transport link by Serbia.

It said the slogan "Kosovo is Serbian" painted on the train was a celebration of cultural heritage.

But Kosovo, which declared independence from Serbia in 2008, saw the train as an act of provocation.