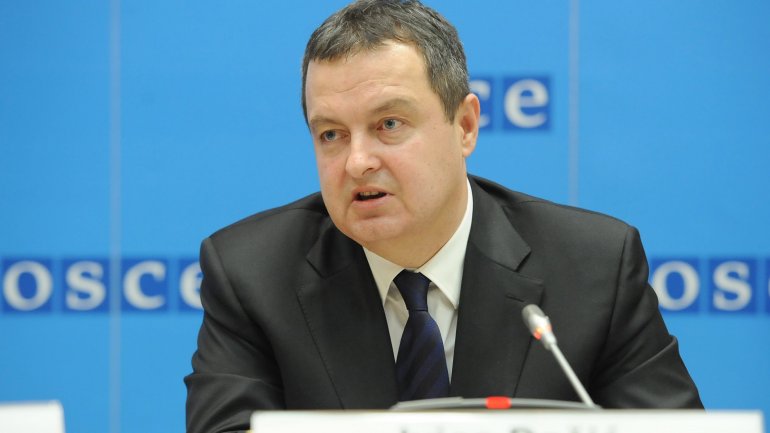 Serbia's top diplomat has complained that the European Union is putting "unacceptable" pressure on the Balkan country to impose sanctions against Russia.

Serbian Foreign Minister Ivica Dacic said on October 19 that "pressures on Serbia to, diplomatically speaking, align its foreign policy with the EU...to impose sanctions against Russia, are absolutely unacceptable."

An EU foreign-policy report earlier in the week said Brussels "will continue to call on Serbia to progressively align with the EU" on foreign policy.

Although Serbia has opened negotiations to join the EU, it remains Moscow's closest ally in the Balkans and has refused to join sanctions against Russia over its aggression in Ukraine.

"Serbia wants to join EU, but it will never do anything against its national interests.... We want good relations with everyone but we should not work against our own" interest, Dacic said.

Officials also said Serbia will join Russia in sending humanitarian aid to Syria, and the aid will be sent by Russian planes from a Russian-Serbian humanitarian center in the southern Serbian city of Nis, RFERLreports.
AFLĂ imediat Știrile Publika.MD. Intră pe Telegram