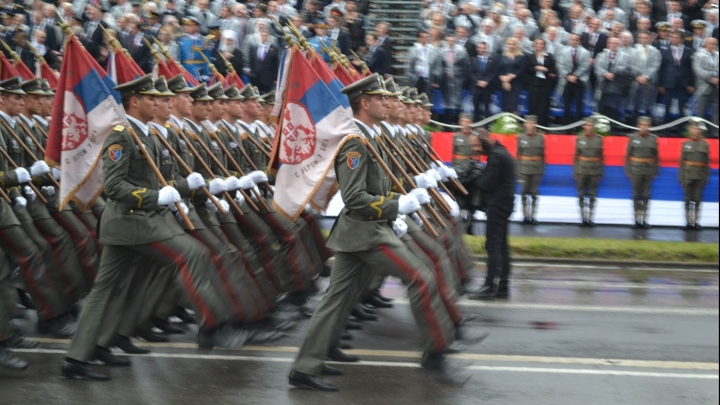 Serbia's unique role as an ally to both NATO and Russia will face another test later this year when the Balkan nation holds joint air force exercises with Moscow. The combined military training called "Slav Brotherhood 2016" was announced Monday and will also include Russia's ally, Belarus.

"It represents the continuation of the cooperation between the two air forces that began in 2014 with a joint military exercise," the defense ministry said Monday. Serbia and Russia will later hold another military exercise without Belarus later this year.

Serbia has juggled its commitments to the U.S.-led NATO and Russia for years, even as Moscow and Washington have increasingly exchanged heated rhetoric over missile defense, territory and other delicate topics. After Russia annexed Crimea from Ukraine in 2014, the European Union and United States levied sanctions against Moscow, which responded with its own sanctions.

Serbia has expressed interest in joining the European Union and has partnered with NATO in the past, but the military alliance remains unpopular at home after a 1999 bombing campaign forced the Serbian military out of Kosovo. While Serbia also relies on Russia for energy, it counts the European Union as its top trade partner and benefactor.