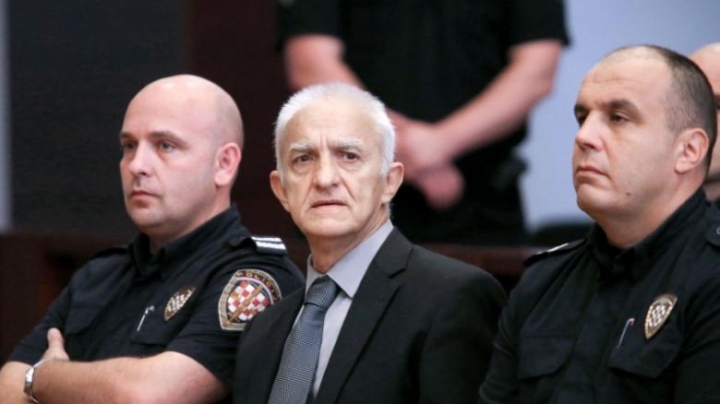 A Serb former paramilitary commander went on trial in Croatia on Tuesday, accused of torturing and killing soldiers and civilians during the 1991-95 independence war, reports Reuters.

Prosecutors allege that Dragan Vasiljkovic, 61, violated the Geneva Conventions by torturing and killing captive Croatian soldiers and police in the rebel Serb stronghold of Knin in summer 1991 and near the town of Benkovac in 1993.

With the tribunal that was set up in The Hague to prosecute war crimes from the break up of Yugoslavia now winding down, rights groups are urging countries of the region to do more to bring perpetrators to justice domestically.

The countries have generally focused on former enemy combatants believed to have committed crimes against their citizens. Rights groups have said Croatia should do more to investigate crimes by its own citizens.

Vasiljkovic, who had been living in Perth, Australia and working as a golf instructor under the name Daniel Snedden, was extradited last year after Croatian authorities sought an arrest warrant for the fugitive.

The former fighter, who has dual Serbian and Australian citizenship, told the court in the Adriatic city of Split that he "feels absolutely no guilt". He is also accused of drawing up plans to attack police stations.

Croatia declared independence from Yugoslavia in 1991, but its Serb minority, backed by Belgrade, rebelled and seized a third of the country by force. Croatia retook its occupied territory in a 1995 offensive.

The European Union, which Croatia joined in 2013, is keen to foster better relations between Yugoslavia's seven successor states and cajole them toward closer integration with the bloc.

It sees uninvestigated crimes from the wars, in which some 130,000 died, as a major obstacle to this process.