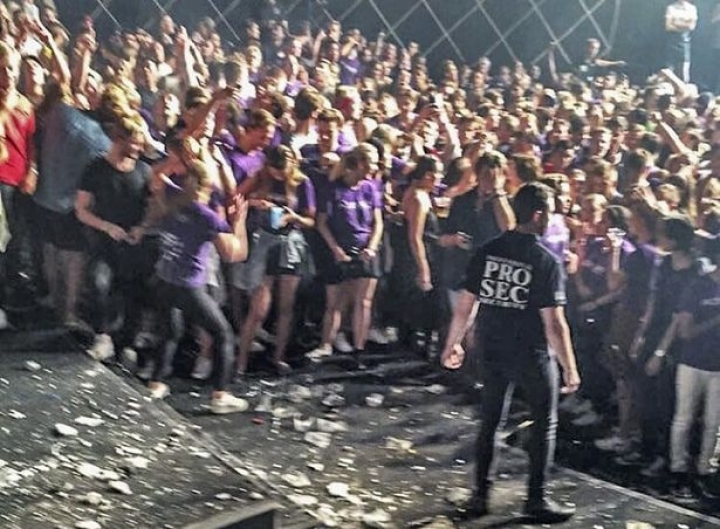 The roof of a concert venue in Oslo where DJ star Steve Aoki was set to perform has collapsed, with music fans reported injured.

Police and rescue services are at the venue, named Sentrum Scene, and the collapse in understood to have taken place on stage.

The venue holds 1,750 people, and sees many big-name performers play.

Steve Aoki is yet to comment on the incident, but police have described it as a "bad accident".

Emergency services have said that 15 people have been injured, with no injuries thought to be serious.