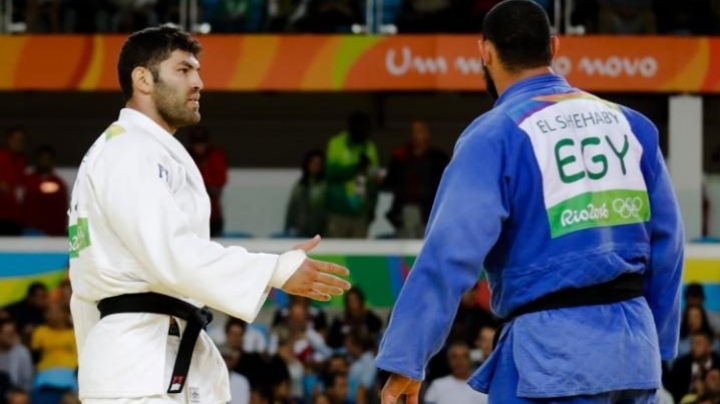 Rio Olympics officials reprimanded judo fighter Islam El Shehaby and sent him home Monday for refusing to shake the hand of his opponent Or Sasson, who is Israeli.

The International Olympic Committee said it had set up an interdisciplinary committee to investigate Friday’s incident and found that failure to shake hands “was contrary to the rules of fair play and against the spirit of friendship embodied in the Olympic values.”

Sasson had defeated El Shehaby and then extended a hand, as is customary in judo. Judokas are expected to either shake hands or bow at the beginning and end of matches.

El Shehaby instead backed away, shaking his head. The referee then called him back to the mat to bow. He gave a brief nod and walked off.