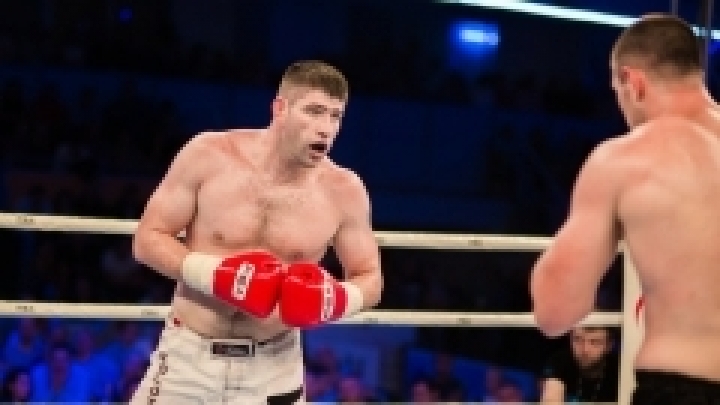 Great show at KOK Gala World Grand Prinx in Chisinau. Moldavian wrestlers have won 8 of the 11 games in which has fought with abroad opponents.

Alexander Burduja won in the category up to 95 kg Gala KOK World Grand Prix, held in Chisinau. In the decisive duel Moldovan K-1 fighter has fought in the additional round the romanian Danut Hurduc.

By reaching the final, Burduja has brought in knockout the Ukrainian Sergei Liubcenko.

Stanislav Renita has obtained a spectacular victory. He swas beaten in the first round by the experienced Dutch Dieckmann Tommy in a superfight category of 65 kilograms.

In one of the most anticipated duels, Maxim Bolotov has won the German Vladimir Tok. Moldavian wrestler smashed his head, and doctors have forbidden to continue match.

Nicholas Caraus debuted sensationaly in the ring. He won Lukasz Lipniacki in the first round.

Through a knockout confrontation, Aurel Ignat has beaten up Sercan Kalf in Turkey.

In total, Moldovan wrestlers have won eight of the 11 duels in which they participated.

The tournament is organized by the FEA Association.