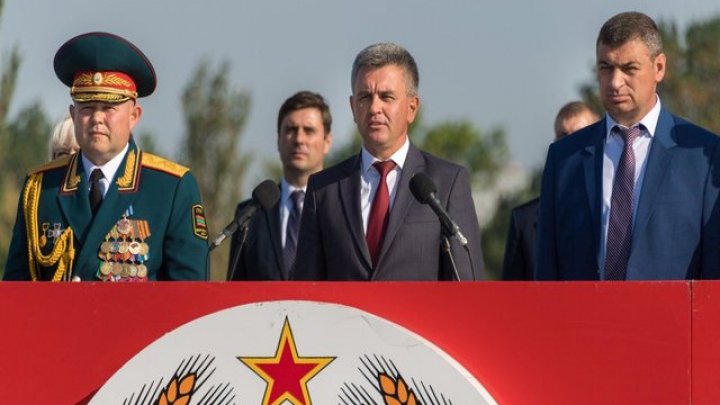 Senator Christopher Coons on Tuesday tabled a draft resolution at the US Senate calling on Russia to fulfil the commitments it made at an OSCE summit in 1999 and pull its soldiers out of Moldova’s breakaway region of Transnistria, informs balkaninsight.com.

The resolution urges Russia to “withdraw its military forces and munitions from within the internationally recognised territory of Moldova”.

It also calls on Moscow to “refrain from issuing economic threats or exerting pressure against Moldova and to cease any and all actions that support separatist movements within the territory of Moldova”.

The Moldovan government has been lobbying actively for more than a year in Europe and the US to raise awareness about what it says is the danger to its national security and to the wider region of having foreign troops on its soil.

Meanwhile, Moldova’s pro-Russian President, Igor Dodon, told the country’s public broadcaster on Tuesday that he wants to hold a referendum about the reintegration of the breakaway region into Moldova.

"After the parliamentary elections, we will discuss concrete scenarios of how this reintegration can take place,” Dodon said.

“Any form of reintegration or cohabitation will be discussed with all citizens of Moldova in a referendum," he added.

However, the separatist leaders in Tiraspol want Transnistria’s independence from Moldova recognised, and have expressed hopes of joining the Russian Federation.

The final declaration at the NATO Summit in Brussels in July also urged Russia to withdraw troops from Moldova, as well as from Georgia and Ukraine.

Moldova has long argued that Russia encouraged rather than prevented the fighting in the country in the 1990s, and insists that Russian and Ukrainian soldiers and mercenaries fought on Transnistria’s side against Moldova.

In 1999, at an OSCE summit in Istanbul, Russia made a commitment to order its troops to leave the breakaway region, but has not yet done so.

Moscow also has 400 peacekeepers in Transnistria, ostensibly there to ensure an uneasy 26-year-old ceasefire that ended the bloody conflict between Moldova and its separatist region.