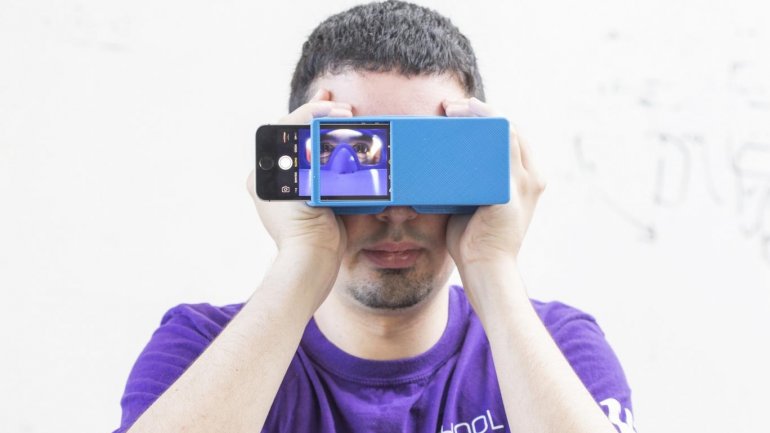 Scientists have designed a revolutionary new cancer screening tool that they believe can diagnose pancreatic cancer by analysing a user's selfie.

The "BiliScreen" monitors for early signs of jaundice - a tell-tale symptom of the difficult to diagnose cancer - which has a five-year survival rate of just nine per cent.

Researchers at the Universtity of Washington developed the app, which works by scanning the whites of the eyes for yellowing - a sign that bilirubin is building up in the blood.

Bilirubin is a waste product created from the break down of haemoglobin, a substance in red blood cells that carries oxygen around the body. It is normally cleared by the liver. However, disease or other problems can stop this from happening.

"The eyes are a really interesting gateway into the body — tears can tell you how much glucose you have, sclera (whites) can tell you how much bilirubin is in your blood," said senior author Shwetak Patel, a professor at the Washington Research Foundation. "Our question was: Could we capture some of these changes that might lead to earlier detection with a selfie?"

A trial of the app showed the technology was able to correctly diagnose 90 per cent of "cases for concern" in 70 participants.

To use the app, a user puts on paper glasses printed with colourful squares or a 3D-printed box to help the app calibrate colours.

The user then snaps a selfie of their eyes using their smartphone camera, after which the app translates how white the eyes are into an estimate of bilirubin levels.

Doctors believe the new scanning tool could revolutionise cancer screening, as users will be able to regularly test themselves from the privacy of their own home.