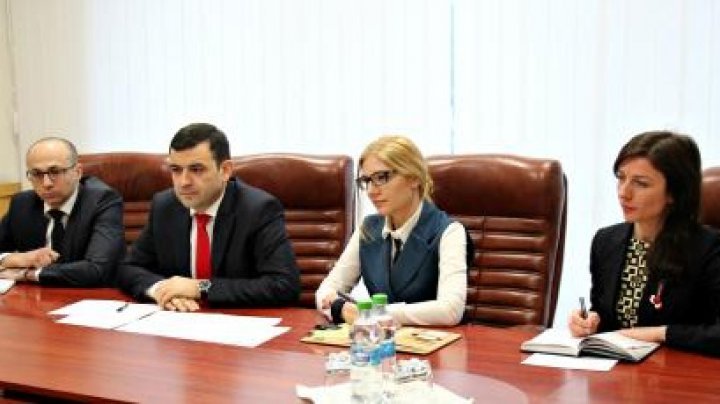 The priorities for development of trade and economic cooperation between Moldova and Ukraine for this year were the topics addressed by the Minister of Economy and Infrastructure, Chiril Gaburici, and the Extraordinary and Plenipotentiary Ambassador of Ukraine to our country, Ivan Gnatîşin, during the meeting today.

The Minister of Economy and Infrastructure has reconfirmed the willingness of Moldova to have an open and constructive dialogue with Ukraine on the priority aspects of Moldovan-Ukrainian cooperation, including the economic and energy security of both countries.

In this context, Chiril Gaburici has positively appreciated the progress made in implementing the objectives set out in the Roadmap for the development of the Moldovan-Ukrainian cooperation for 2017, which contributed to the increase of the bilateral trade volume by 33% compared to 2016.

The Minister of Economy and Infrastructure also expressed the intention to strengthen the cooperation for the implementation of the EU Association Agreements, including the provisions of the Deep and Comprehensive Free Trade Area.

In this context, the Minister mentioned that the Association of Moldovan Businessmen will attend this year's Business Forum in Ukraine, where he will present the opportunities and conditions offered by our country to potential Ukrainian investors.

At the same time, Chiril Gaburici stressed that European integration is a key element for Moldova and Ukraine to ensure economic and energy security.

"Priority on the bilateral agenda is the continuation of the implementation of the Agreement on the Future Interconnection Conditions of the Joint Energy Systems of Moldova and Ukraine with the ENTSO-E Energy System and the holding of the next meeting of the Moldovan-Ukrainian Joint Intergovernmental Commission on Commercial- economic, "noted Chiril Gaburici.

Ambassador Ivan Gnatîşin mentioned that Ukraine supports the realization of all common projects regarding the regional security aspects.

In the context, the official stressed that the Ukrainian side pleads for strengthening the cooperation in the field of integrated border management on the basis of the European standards, including its Transnistrian sector, regarding joint control at the Moldovan-Ukrainian border crossing points.