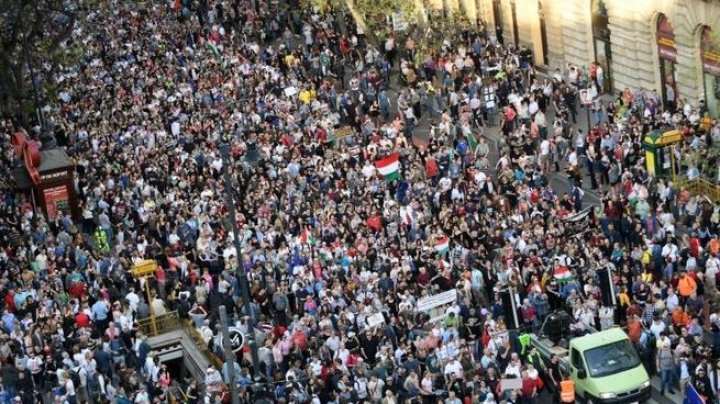 Security measures were being put in place Friday in Budapest ahead of an evening rally to protest labour rules and corruption.

President Janos Ader said in a statement that he had examined the law approved last week in Parliament and found it in line with Hungary's constitution and European standards.

It doesn't put workers' rights at risk, he added.

Protests against the policy and other measures of Prime Minister Viktor Orban*s government have been taking place for over a week.

There have been occasional clashes between protesters and police.

Ader said any concerns about the changes to the labour code "cannot be a barrier to the workers blessed Christmas, a peaceful time between the two holidays and a calm new year."