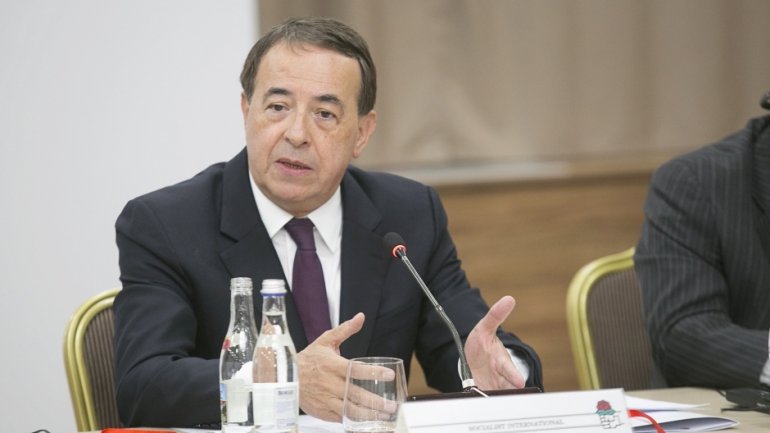 Moldova is going in the right direction and the credit for this belongs, mostly to the Democratic Party of Moldova. The statement was made by the secretary of the Socialist International, Luis Ayala, who was the guest of the "Fabrika" talk-show. The official also praised the efforts and the maturity of PDM.

"We see a mature and very close to its voters party, who knows exactly which direction to go. This has been proved several times, it is a test of maturity. I watched what happened in Moldova, v- you face and your many challenges, challenges, difficulties along the way, but I saw that every time namely the Democratic Party has come up with the right approach" , said the Secretary general of the Socialist International, Luis Ayala.

The talk-show was also attended by PDM honorary chairman Dumitru Diacov, who noted that his party ensures political balance.

"If we are stubborn and do not want to participate in government, we rest. It is capable the left of our current parties PSRM, two other right-wing parties to make a coalition? And take responsibility for Moldova? Every citizen I ask say that it's almost excluded" , said the honorary chairman of the Democratic Party, Dumitru Diacov.

The Socialist International Secretary wanted to give some tips to the Democratic Party in order to achieve even better results for the benefit of citizens.

"If we talk of a government coalition, there is required commitment, it requires responsibility and in the foreground are put citizens' interests. If you put in the agenda that we want to implement what matters to citizens, namely it is the agenda of the coalition of our knowledge in such a case you are on the right path. Mr. Vlad Plahotniuc is the man we spoke with and who understands and leverages this. We trust that this party will go ahead exactly as we expected" , said Luis Ayala.

The Socialist International representatives met on Monday, February 6th, in Chisinau. The event was hosted by the Democratic Party, which is the only party in Moldova with the status of a full member of this organization.
AFLĂ imediat Știrile Publika.MD. Intră pe Telegram