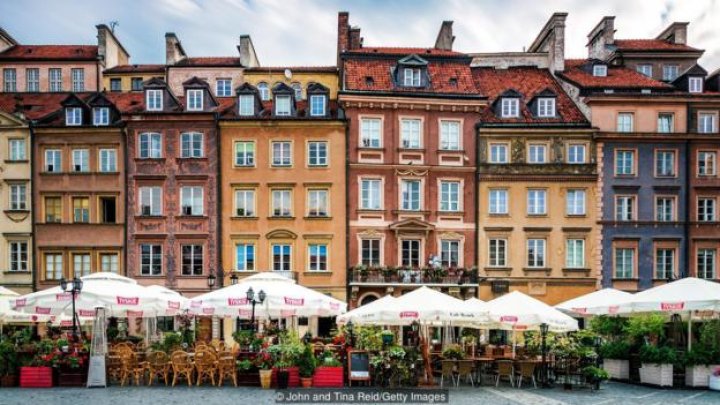 Once known as ‘The Paris of the East’ for its Baroque beauty, Warsaw saw more than 85% of its buildings destroyed amid the ravages of World War II. Despite its past hardships, Poland’s capital city continues to rise from the ashes – and its once-famous elegance can still be found by those who look beyond the surface.

“A wise man once told me: when you look around Warsaw, ask yourself: ‘Is that an ugly building, or a dirty building?’” said Nate Espino, a partner at PR agency Aldgate Strategy Group who first moved here from San Francisco 20 years ago. “That has transformed my perception, and in the past two to three years some of the grotty old buildings have been sandblasted and are now gleaming.”

For many Warsaw residents, the city’s true appeal doesn’t lie in exteriors at all, but in its energetic inner life. “When I was moving to Warsaw, I wasn’t sure how I would find myself in a new home,” said Karolina Lyzwa, an Intrepid Travel Urban Adventures tour leader who moved from Łódź in central Poland. “Everything became simple after a sunny, summer season when I spent a lot of time on my bike, observing the vibrant life from the little cafes, relaxing on the Wisla [Vistula] riverbank, and reading about both the harsh and flourishing times of this astonishing city.”

Long-term residents agree that Warsaw is a city where a little exploring – and a lot of patience – pays off.

Why do people love it?

Poland’s capital is full of surprises in unexpected places. “I discovered a skiing station in the middle of the city, a tropical beach on the Vistula River and a deer freely living in the Łazienki Park,” said French-Russian Sasha Naslin, who moved here from Belgium three years ago and blogs at The Alternative Travel Guide. “I was lucky to see him only the once!”

Split by the Vistula River, the city doesn’t have a specific city centre but rather two sides with differing personalities. “The west bank is full of glam, bustling with a lively nightlife scene, while the east bank has been rediscovered by artists, offering an authentic atmosphere with attractions off the beaten track,” Lyzwa said.

Naslin loves exploring the Bohemian Praga districts on the eastside riverbank, with its alternative bars, theatres and street art.