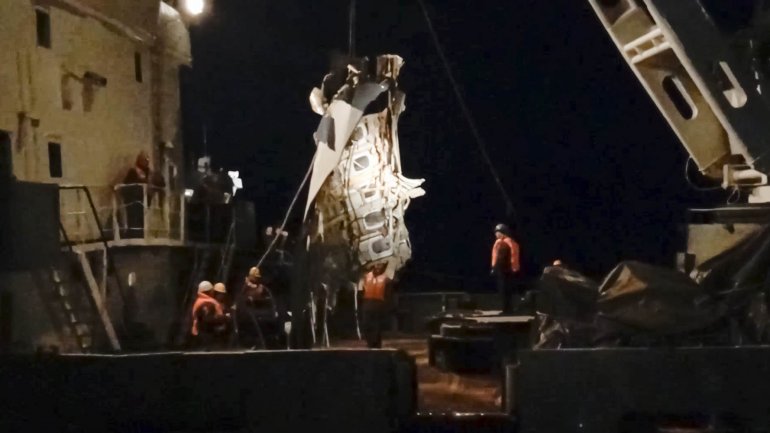 Search teams on Wednesday recovered another flight recorder from a military plane that crashed in the Black Sea, killing all 92 aboard, the Defense Ministry said.

The first flight recorder was found the previous day and experts have started analyzing its data to determine the cause of the crash.

The Tu-154 of the Russian Defense Ministry crashed into the sea early Sunday, two minutes after taking off in good weather from the city of Sochi. It was carrying members of the Alexandrov Ensemble, widely known as the Red Army Choir, to a New Year's concert at a Russian military base in Syria.

The Defense Ministry said 15 bodies and 239 body fragments have been recovered from the crash site. It previously said 17 bodies had been found.