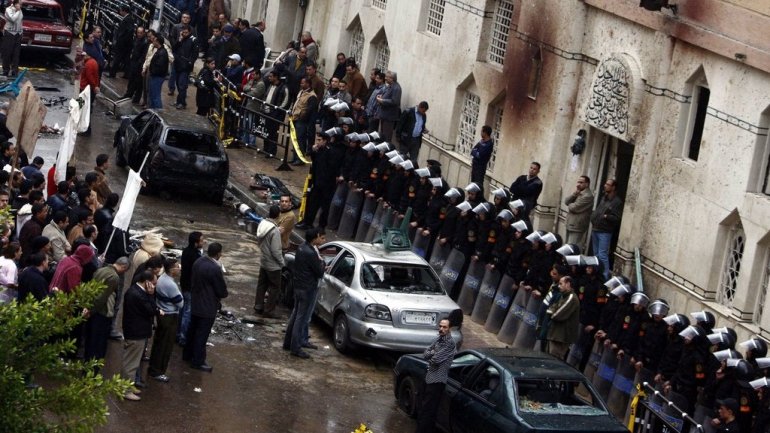 Egypt's Health Ministry says an explosion at a church in the coastal city of Alexandria has killed 11 people, and wounded at least 35 others.

It appeared to be the second attack targeting Egypt's Coptic Christians, after a bomb in a church in the Nile Delta town of Tanta killed 26 people and wounded more than 70.

The ministry said the explosion went off at Saint Mark's Church in Alexandria, where Pope Tawadros II had earlier celebrated Palm Sunday.

More at The Los Angeles Times.