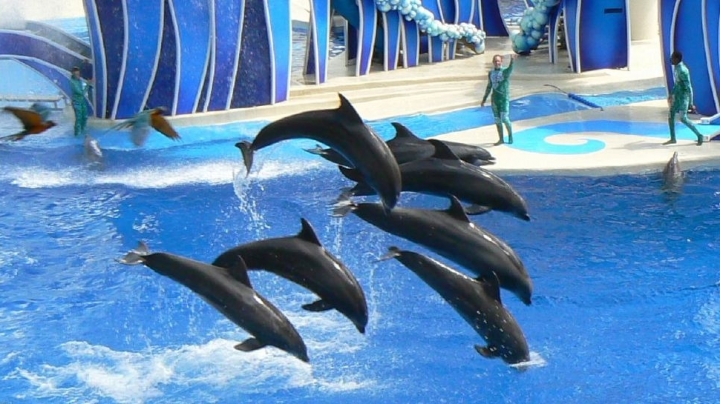 The newborn calf is a stark reminder that although SeaWorld announced in March it was ending its captive orca breeding program, the marine mammal park appears to have left other animals out.

The decision to end orca breeding came after sustained public outcry over the park’s treatment of the animals. But it made no mention of the other highly intelligent cetaceans — beluga whales and dolphins — that live at SeaWorld parks.

Critics of SeaWorld, spurred by the 2013 documentary “Blackfish,” have largely focused on the park’s iconic orcas, saying that life in a tank is cruel and stressful for such large and intelligent animals, writes HuffingtonPost .

But animal advocacy groups note that beluga whales and dolphins — both of which are kept at SeaWorld parks — suffer similarly when kept in captivity for human entertainment. In 2014, conservationist Jane Goodall called captive beluga whale breeding programs “no longer defensible by science.” She wrote in an open letter to the Vancouver Aquarium that the highly social, intelligent species cannot “thrive and achieve good welfare” in an aquarium environment.

The father of the newborn calf at SeaWorld San Antonio is a male named Imaq who was transported to the Texas park from Vancouver, Canada. The nonprofit Whale and Dolphin Conservation has noted that transportation is highly stressful for belugas.

Fischbeck said the park repeatedly bred a female beluga named Ruby, even though she repeatedly tried to kill her own offspring. When a miscarriage caused Ruby to become fatally ill in 2014, Fischbeck alleges the park put her out in a small pool alone, out of sight.