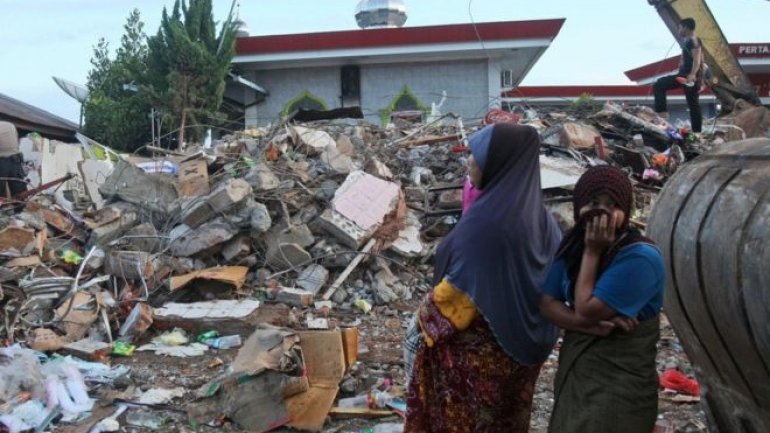 Rescuers are continuing to search for survivors in Indonesia's Aceh province a day after a powerful quake struck the area killing 102 people, reports BBC.

The magnitude 6.5 tremor damaged or toppled more than two hundred buildings, and many are still feared to be trapped under rubble in Pidie Jaya.

Thousands of people who lost their homes are taking refuge in shelters.

President Joko Widodo, who is currently in Bali, has told reporters he will visit Aceh soon but has not given a date yet.

On Thursday, the government said it was sending more heavy machinery to lift larger pieces of rubble and concrete.

About 245 buildings were damaged or destroyed in Pidie Jaya and the neighbouring Bireuen district, including homes, shops and mosques.