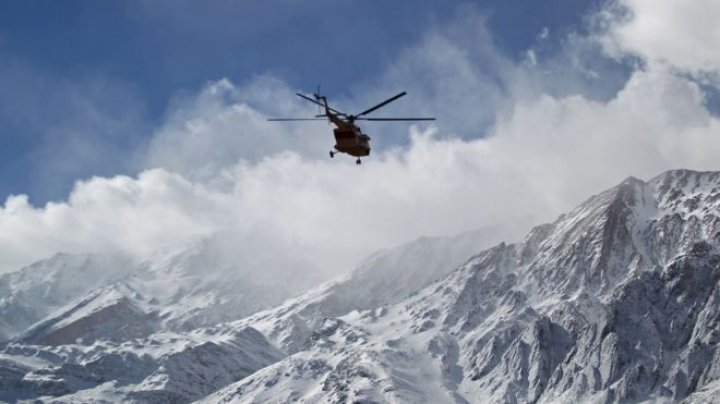 Search and rescue teams are continuing to look for an Iranian plane that crashed in bad weather on Sunday.

Local government officials reported that the wreckage had been found, but a Red Crescent official later said there was no evidence of this.

A civil aviation official was also unable to confirm the reports.

The Aseman Airlines passenger plane came down in the Zagros mountains on Sunday, and all 66 people on board are feared to have been killed.

Hundreds of mountaineers with dogs and drones are trying to reach the site, in bad conditions.

Due to fog and strong winds, helicopters that were deployed for the search at dawn on Monday have had to be grounded, a Red Crescent official told local media.

And on Sunday, teams had to stop work altogether due to winds and snow.

The ATR 72-500 twin-engine turboprop was travelling from Tehran to the south-western city of Yasuj.

Flight EP3704 left Tehran at 04:30 GMT on Sunday, and crashed about an hour later in the Mount Dena area, about 22km (14 miles) from its destination.

On Monday officials from the region told news channels rescuers had reached the site.

But both channels - IRINN and English-language Press TV - said they could not confirm the reports independently.

Later, a civil aviation spokesman told Reuters news agency the reports could not be confirmed, and then a Red Crescent official said there was "no reliable news" that the wreckage had been found.

Sixty passengers, two security guards, two flight attendants and the pilot and co-pilot were on board.

Following the crash, the airline initially said that all on board had died, but later on Sunday said that it could not confirm this as no-one had reached the site.

Iran's President Hassan Rouhani expressed sympathy for all involved, saying in a statement that the incident brought "great grief and sorrow".

Iran has suffered several aviation accidents in recent years and has an ageing aircraft fleet.

The country has struggled to obtain spare parts to maintain its planes in the face of international sanctions imposed to curb its nuclear programme.

Those sanctions have been mostly lifted under a 2015 deal between Iran and the US alongside several other powers.