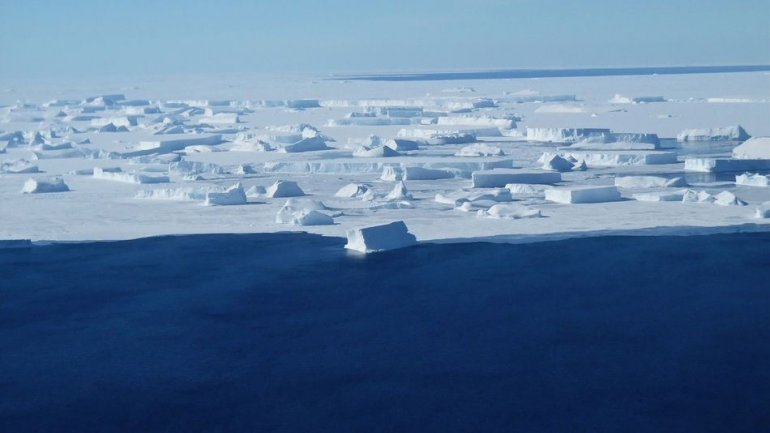 Both the Arctic and Antarctic experienced record lows in sea ice extent in November, with scientists astonished to see Arctic ice actually retreating at a time when the region enters the cold darkness of winter, reports The Guardian.

Warm temperatures and winds drove record declines in sea ice at both polar regions in November compared to the 38-year satellite record of ice extent for the month. Arctic sea ice extent averaged 9.08 million sq km for November, which is 1.95 million sq km below the long-term average from 1981 to 2010 for the month.

Scientists at the National Snow and Ice Data Center (NSIDC) said that Arctic sea ice extent dipped for a short time in mid-November, an “almost unprecedented” event. Sea ice shrank by around 50,000 sq km in this period, mainly in the Barents Sea.

This decline, which also occurred to a smaller degree in November 2013, removed an area of ice larger than Denmark from the Arctic at a time when sea ice is usually growing.

In Antarctica, the average extent of sea ice in November was 14.54 million sq km, which is 1.81 million sq km below the 1981 to 2010 average. This more than doubles the previous record low for the month of November.

The loss of reflective sea ice amplifies the warming process by exposing the dark sea, which soaks up more heat which in turn helps melt more ice. The extra heat is also winnowing away the world’s glaciers, leading to sea level rise that places many of the world’s major cities at risk of flooding.