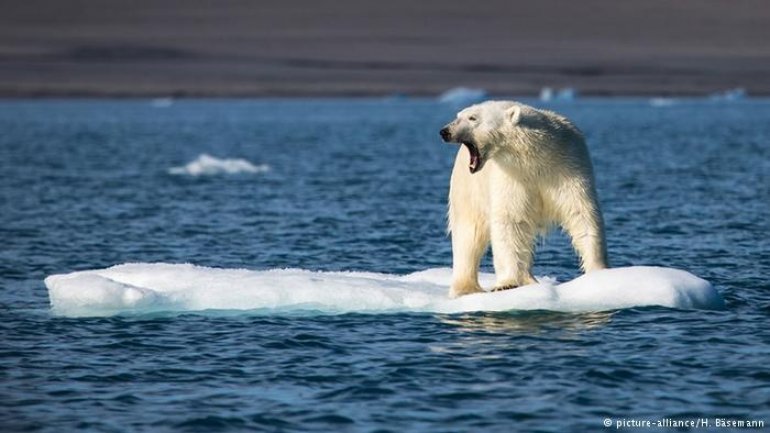 There is less sea ice today in the Arctic and in the Antarctic than there has ever been before, Deutsche Welle informs.

The area covered by sea ice in the Arctic was at just 13.19 million square kilometers in January 2017.

While this may sound big, it's the smallest this area has been since the start of satellite recordings, according to the online "Meereisportal" or sea ice portal, an initiative run by several German research institutions.

It's also roughly 1.2 million square kilometers smaller than the long-term average measured from 1981 to 2010.

The situation isn't any better in the south, either. There is less sea ice surrounding Antarctica today than there was since reliable records began in 1979.

"As of Tuesday, it looks like we hit a new record low in the satellite era," Mark Serreze, the director of the National Snow and Ice Data Center, told US broadcaster CNN on Thursday.

The extent to which the ice at the poles is melting is considered an indicator as well as a consequence of global temperature rises.