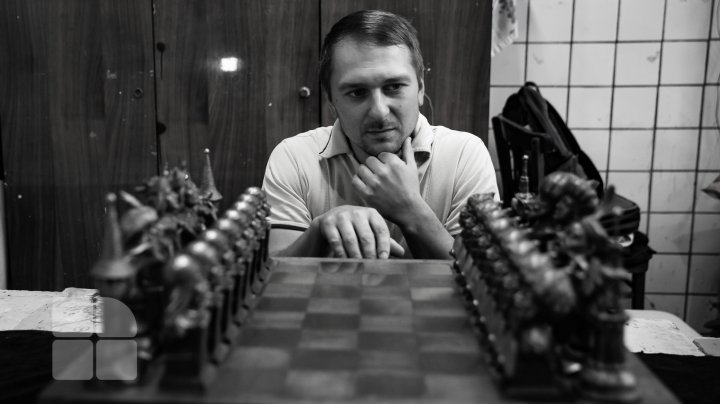 The battle between Stephen the Great and Saint and Suleiman the Magnificent on a chessboard. It is about the creation of the sculptor Pavel Obreja, who created an exclusive chess set, with figurines representing historical personalities. The work is done one hundred percent by hand, in brass, bronze and oak.

Pavel Obreja is known for his sculptures made and placed on Eugen Doga Street in the Capital. To create the chessboard with historical figurines, he needed three 3 months and about 30 kilograms of bronze to complete his work.

"Stephen the Great with his army and the other side is Suleiman Pasha with his army, so this chess set is called the Battle of Vaslui," said Pavel Obreja, a sculptor.

The sculptor wants to create 6 more copies of chessboards of this kind: "Yes, there is no such thing and no one has the right to do such work, I intend to patent the idea."

Besides Stephen the Great and Suleiman the Magnificent, among the figurines are also the wives of rulers, officers, the army, but also representative pieces of architecture specific to that period.

The sculptor set out to sell the creation for 5,000 euros, and if there are more people willing to buy it, he will eventually organize an auction.