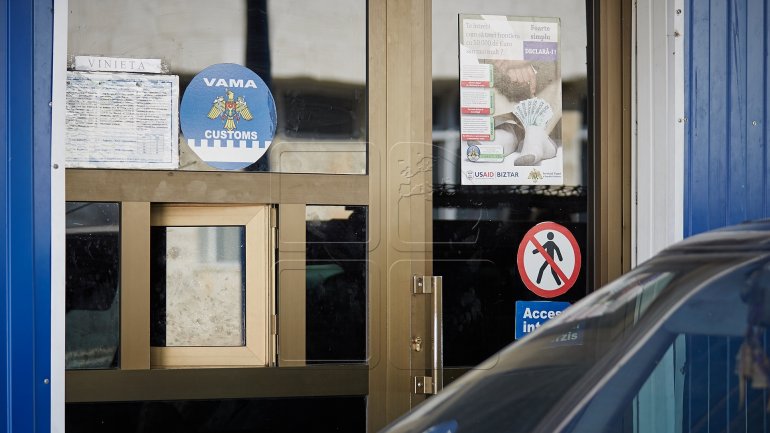 (UPDATE 13:17) So far, 24 people have been detained, including 13 customs officers, 3 border guards, 4 representatives pf businesses and 4 drivers. The operation continues.

(UPDATE 11:23) By this time, 10 customs officials and 4 representatives of businesses.

(UPDATE 9:12) Border-crossing points were closed for 3 hours.Also, according to the information, 5 customs officers and 2 businessmen have been detained.

(UPDATE 8:51) Both border-crossing points are opened.

Officers and anticorruption prosecutors have closed this morning, November 1st, the Leuseni and Sculeni customs points.  The two checkpoints are closed with no information for how long they will be closed.

More searches are being conducted at the homes of two customs officers.

According to deschide.md sources, more restraints will take action in this corruption case.

Over 20 thousand cars pass through Sculeni and Leuseni customs points, where very long queues have been already formed.

Publika.md recalls that a month ago, 28 customs officers detained as a result of searches at Palanca and Tudora border-crossing points.

Customs staff had claimed money from people who were transporting food products in Ukraine. In this way, people were crossing the border without being verified.

Money in different currencies have been found at the manager of Tudora and Palanca customs points.