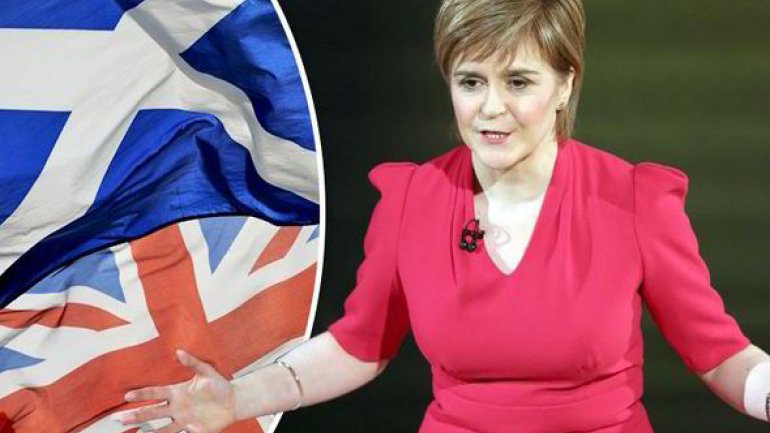 Scotland's First Minister Nicola Sturgeon is to publish a draft bill calling for a second Scottish independence referendum next week in a direct challenge to Theresa May’s hardline stance on leaving the EU.

The first minister told the Scottish National party conference in Glasgow she had a powerful political mandate to defend Scotland’s vote in favour of remaining in the EU in June’s referendum.

But the UK government’s recent rhetoric and policies on immigration and remaining within the EU single market made it clear the Tory party had now been taken over by its “rampant” and xenophobic right wing.

To applause, Sturgeon told the prime minister: “Hear this: if you think for one single second that I’m not serious about doing what it takes to protect Scotland’s interests, then think again.”

Sturgeon then won a standing ovation when she announced that the draft Scottish independence referendum bill would be published next week – earlier than her officials had previously signalled.