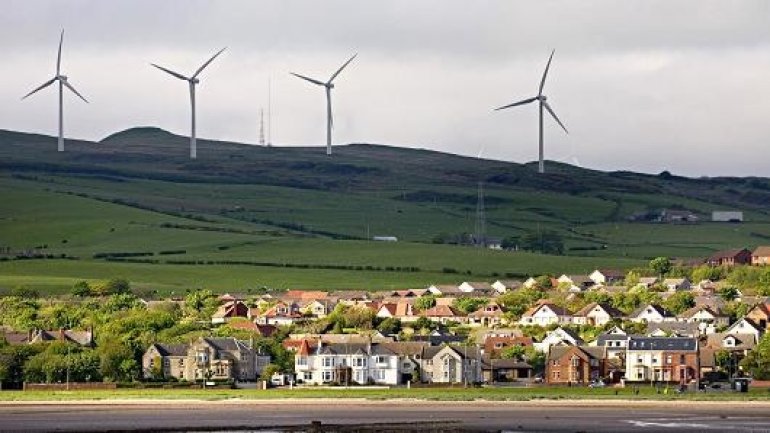 The wind in Scotland was used to generate enough energy to power nearly four million homes in February, according to new figures.

According to the latest figures, there are about 2.5 million homes in Scotland, so the extra electricity would have been used in other parts of the UK.

However the figures were revealed as a survey of Scottish renewable energy companies found they expected to shed more than 15 per cent of their current workforce.

An increase in the number of turbines and windier weather saw 43 per cent more electricity produced by windfarms last month, compared to February last year. In total, they provided more than 1,330,000 megawatt hours of electricity.