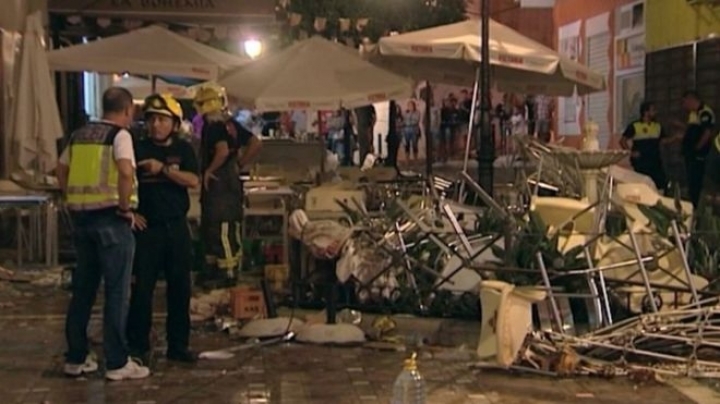 More than 70 people have been injured, four seriously, in an explosion caused by a suspected gas leak near the southern Spanish city of Malaga, BBC reports.

The blast happened in a cafe in the town of Velez-Malaga at about 17:00 GMT during a local festival.

Pictures from the scene show severe damage to the La Bohemia cafe and debris strewn across a street.

Local newspaper La Opinion de Malaga said that the chef had raised the alarm moments before the blast.

The newspaper also reported (in Spanish) that police cars helped ferry the injured to hospital because the local ambulance service was overwhelmed with casualties.

The cause of the blast "could have been a gas leak," the town's mayor, Antonio Moreno Ferrer, told local reporters.