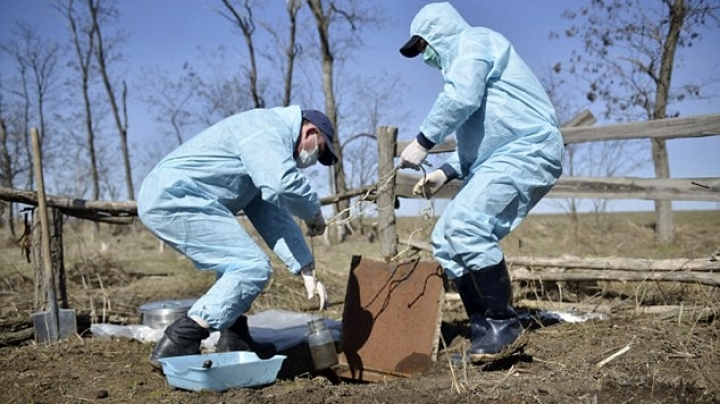 Scientists are worried that the deadly disease smallpox could return because permafrost is melting close to where hundreds of infected bodies were buried, reports Daily Mail.

During the 1890s, a major epidemic of smallpox occurred in a town near the Kolyma River in eastern Siberia, Russia.

Up to 40 per cent of the population died and their bodies were quickly buried under the permafrost soil.

But today, in some parts of Siberia the thawing is three times greater than usual due to climate change and the Kolyma's floodwaters have started eroding the banks.

And experts are warning that the disease could re-emerge after the bodies of the victims are exposed due to the melting.

Scientists also fear smallpox - a disease which has been eradicated around the world - could make a return following the outbreak of deadly anthrax in the Yamal peninsula last month.

One child was was killed, 24 others suffered from infections and more than 2,300 reindeer were perished.

The anthrax infection is believed to have spread after the thawing of reindeer or human graves, but now scientists warn the same process could release smallpox.

The warning comes as the video game The Division - which is about a smallpox breakout in Manhattan, New York - came out earlier this year.

Boris Kershengolts, deputy director for research at the Institute for Biological Problems of the Cryolithozone in Yakutsk, confirmed that the disease could return.

Virus experts from the Siberian branch of the Russian Academy of Sciences have visited the graves, said Professor Sergey Netesov, of Novosibirsk State University.

The corpses they studied bore sores that looked like those smallpox might cause, he told video conference called in the wake of the anthrax outbreak.

While the virus itself was not found, some fragments of its DNA were noted, reported The Siberian Times.

The tsarist Arctic fortress town of Zashiversk, totally abandoned in 1898 after repeated smallpox outbreaks, is one example of a site where graves could pose a modern threat.

Viktor Maleyev, deputy chief of Russia's Central Research Institute of Epidemiology, also warned that there are many other dangers lurking in shallow Arctic graves apart from anthrax and smallpox.

Scientists are discovering new 'giant viruses' in woolly mammoths, the carcasses of which are appearing as warmer weather melts ice and permafrost.

Hundreds of Russian chemical and bio-warfare troops are deployed to destroy the infected reindeer remains on Yamal.

A mass vaccination programme has been instituted to protect reindeer from the infection.

Another expert warned that the melting in northern Siberia is far greater than expected this summer.