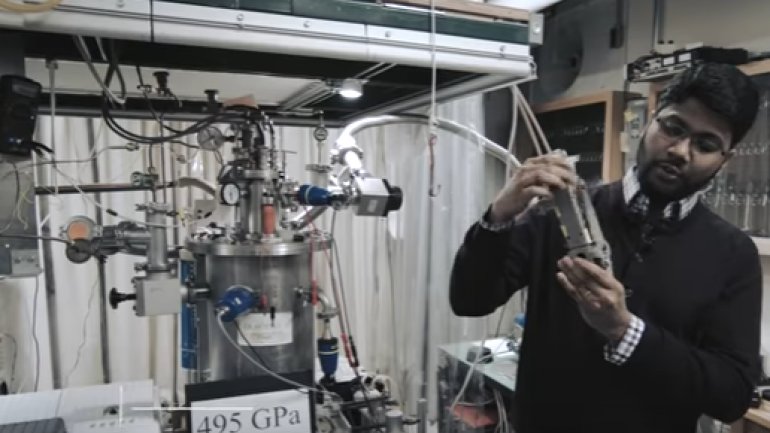 A team of scientists may have given hydrogen a squeeze strong enough to turn it into a metal. But critics vigorously dispute the claim.

Researchers from Harvard University report that under extremely high pressures hydrogen became reflective — one of the key properties of a metal. The feat required compressing hydrogen to 4.9 million times atmospheric pressure, the scientists report online January 26 in Science.

If correct, the result would be the culmination of a decades-long search for a material that could have unusual properties such as superconductivity — the ability to conduct electricity without resistance.

But physicist Eugene Gregoryanz of the University of Edinburgh, who works on similar experiments, decries the study’s publication as a failure of the journal’s review process. Given the evidence presented in the paper, Gregoryanz is skeptical that the claimed pressures were actually reached and notes that the researchers presented results from only one experiment. “How is it possible to do only one experiment and claim such a big thing?” he says.