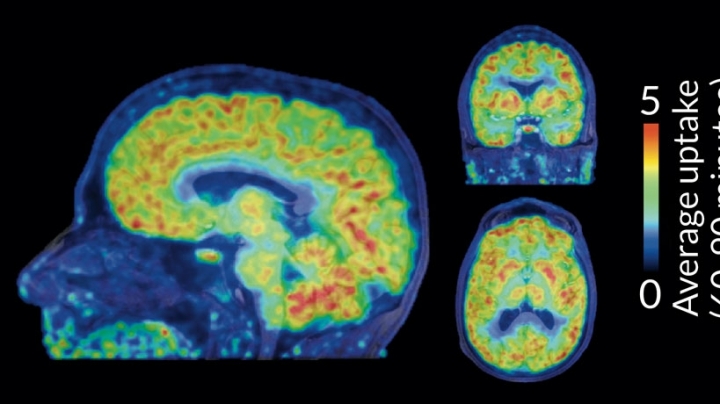 For the first time scientists can see where molecular tags known as epigenetic marks are placed in the brain, reports sciencenews .

These chemical tags — which flag DNA or its protein associates, known as histones —don’t change the genes, but can change gene activity. Abnormal epigenetic marks have been associated with brain disorders such as Alzheimer’s disease, schizophrenia, depression and addiction.

Researchers at Massachusetts General Hospital in Boston devised a tracer molecule that latches onto a protein that makes one type of epigenetic mark, known as histone acetylation.

The scientists then used PET scans to detect where a radioactive version of the tracer marked the brains of eight healthy young adult men and women, the researchers report August 10 in Science Translational Medicine. Further studies could show that the marks change as people grow older or develop a disease. The team studied only healthy young volunteers so can’t yet say whether epigenetic marking changes with age or disease.