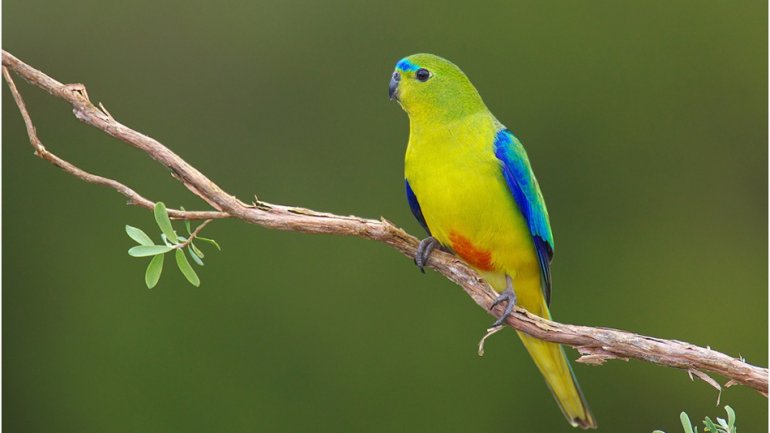 Scientists are scaling trees in Tasmania in an attempt to save the critically endangered orange-bellied parrot after the wild population dropped to the “stupidly low numbers” of just 14 individuals, The Guardian informs.

Three of those wild-born birds are females that have begun the process of selecting nest boxes in Melaleuca, a blustery outpost in the wilderness world heritage area near the southwest tip of Tasmania.

In a crowdfunded last-ditch conservation effort, members of the Difficult Bird Research Group, so called because the birds they focus on are difficult to keep alive, will make the 100km flight from Hobart once a week during the nesting season to try to boost the survival rate.

The plan includes smuggling eggs laid in captivity into wild nests, tracking the impact of predators such as sugar gliders which eat the young, and, if necessary, hand-feeding the nestlings of negligent parents.

Despite regularly producing birds for release, longstanding captive breeding programs have not been able to boost dwindling numbers.