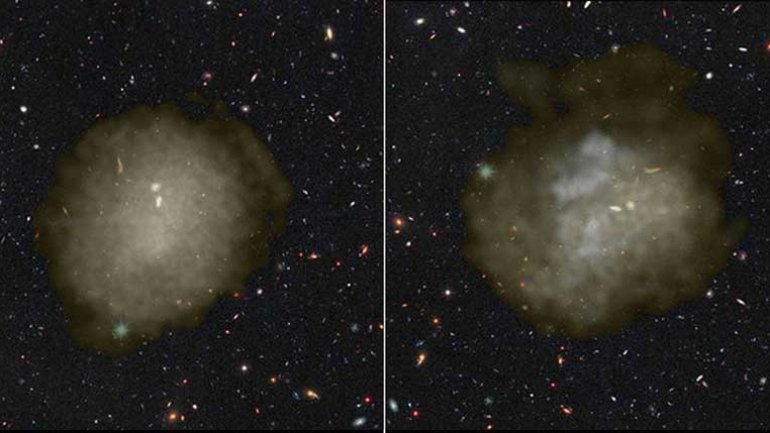 Brilliant births and destructive deaths of stars might take a runt of a galaxy and stretch it to become a ghostly behemoth, new computer simulations show. This process could explain the origin of recently discovered dark galaxies, which can be as wide as the Milky Way but host roughly 1 percent as many stars.

Since 2015, astronomers have found hundreds of these shadowy systems lurking in and around several clusters of galaxies, SN wrote. How these dark galaxies form is a puzzle. But prolific star formation and blast waves from exploding stars could be responsible, researchers suggest in a paper to appear in Monthly Notices of the Royal Astronomical Society Letters.

“The mystery is: Are these galaxies like the Milky Way, or are they dwarf galaxies?” says study coauthor Arianna Di Cintio, an astrophysicist at the University of Copenhagen in Denmark. “Our mechanism could be a nice formation scenario for these galaxies and prove that they are dwarfs.”

Di Cintio and colleagues ran computer simulations of galaxy evolution and found that some runts can be inflated by stellar energy. Radiation from young massive stars heats up interstellar gas, preventing it from forming more stars. And a flurry of supernova explosions can toss that gas out of the galaxy. The gravity of the galaxy drops, and so does its ability to hold on to stars and dark matter, an enigmatic substance thought to help hold galaxies together. “Dark matter particles fly outward and start the expansion,” says Di Cintio. “This happens to the stellar population as well.”

Those galaxies that remain as runts in the simulations go through this process just once, whereas giant dark galaxies regurgitate their gas multiple times. And that provides a way to test this idea, says Di Cintio. First astronomers need to find dark entities far away from galaxy clusters where the environment can also take its toll.

Then researchers can estimate the ages of stars in the galaxy to see if there have been multiple bursts of star formation. If this hypothesis is correct, dark galaxies might also be loaded up with lots of hydrogen gas that allows them to sustain several rounds of gas purging.