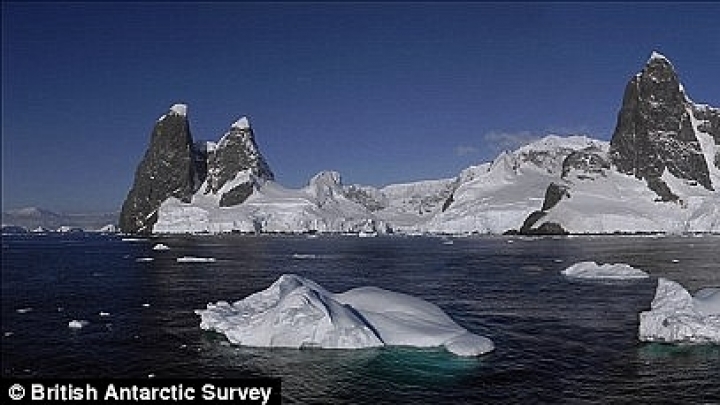 Everyone knows it is a cold, desolate place, but just how much of the Antarctic is not covered in snow has only been estimated as 'less than one per cent' – until now.

For the first time, scientists have calculated exactly how much of the continent is not buried away, DailyMail reports.

It turns out a tiny amount, only 0.18 per cent, is exposed rock, a new study has revealed. But this might not last long as the effects of global warming kick in.

The way snow, clouds, and rock look alike in satellite images has caused problems for mapping teams for a while.
This is especially a problem in Antarctica, where the entire continent is made of nothing else, and extensive cloud cover and widespread shaded regions lead to errors.

But now in the journal Cryosphere, scientists from British Antarctic Survey (BAS) have been able to produce accurate quantification of how much of the continent is not buried under snow.

The researchers used the latest Nasa and USGS satellite data, including Nasa's Landsat 8, to produce an automated map of rock outcrop across the entire Antarctic continent.

As the accuracy and sensitivity of remote-sensing satellites improve, there is an increasing demand from the scientific community for more accurate and updated base datasets to improve geological surveying and monitoring.
But differentiating rock outcrop from snow and ice is a particular problem in Antarctica.

Now that the automation is in place, new images from improved satellite cameras can be fed straight into it.
Over time, means a much more accurate map of the continent can be produced.

The team also made their script publicly available. This means teams all over the world will be able to help build an accurate picture of Antarctic ice changes, as the impact of climate change takes its toll on the continent.