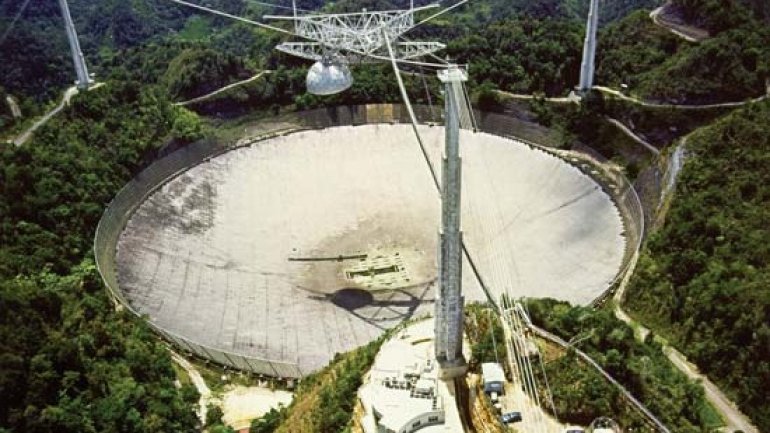 A mysterious, recurring blast of cosmic radio waves finally has a home address. For the first time, astronomers have definitively traced a fast radio burst back to its source: a faint galaxy about 2.5 billion light-years away.

The finding confirms a decade-long suspicion that these outbursts originate well outside our galaxy, although the mystery as to what’s causing them remains unsolved.

“Now with the first proven distance, we can see how remote and how bright the source must be,” Sarah Burke-Spolaor, an astrophysicist at West Virginia University, said January 4 at a meeting of the American Astronomical Society.

For roughly five milliseconds, the burst outshined all the stars in its own galaxy and rivaled the luminosity of blazing disks of gas that swirl around supermassive black holes, said Burke-Spolaor, one of the researchers involved with the project.

Most radio telescopes can provide only a fuzzy idea of where on the sky a burst comes from. But the repetitive nature of this burst, dubbed FRB 121102, gave astronomers a heads up of where to point the Very Large Array, a network of radio dishes near Socorro, N.M., which could provide a sharper image.