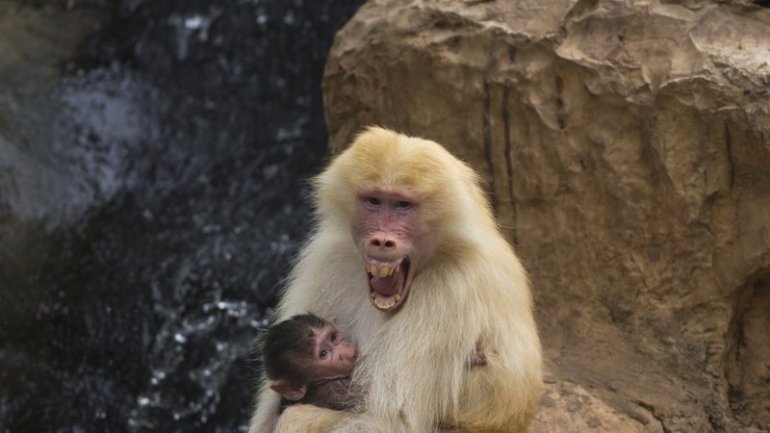 Baboon grunts and mating calls may hold secrets about human speech, according to a new study suggesting that the origins of human language could reach back as much as 25 million years.

The barks, yacks and wa-hoos of the Guinea baboons reveal distinct human-like vowel sounds, according to the study published Wednesday in the journal Plos One by scientists from six universities in France and Alabama, informs The Associated Press.

The authors, led by Dr. Louis-Jean Boe of Grenoble Alpes University, studied the acoustics of 1,335 baboon sounds and the animals' tongue anatomy.

They cast doubt on theories that language developed only after the appearance of humanoids with a low larynx. Instead, they say their research suggests that the human vocal system developed from abilities already present in ancestors such as the Guinea baboon.

They also found similar muscles in baboon tongues as human tongues — which are key to our ability to make vowel sounds.

The authors say the findings "reveal a loose parallel between human vowels" and baboon vocalizations produced in such communications as sounding alarm or calling to copulate.