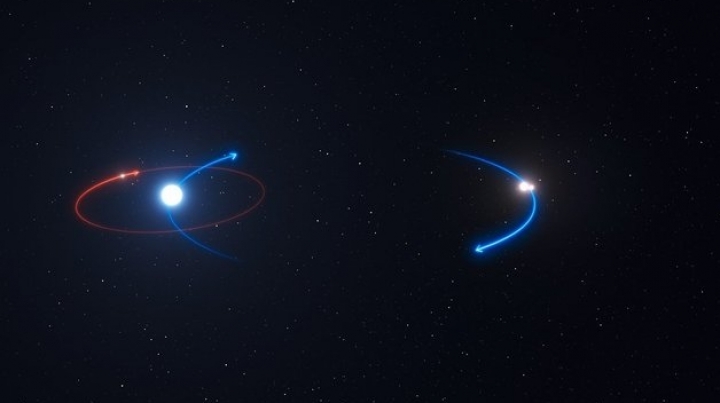 “Star Wars” fans love Tatooine and its twin suns, but astronomers working with one of the world’s biggest telescopes have done Luke Skywalker’s home planet one better.

They’ve discovered a bizarre world with not two but three suns ― and seasons that last longer than a human lifetime.

Known as HD 131399Ab, the unusual exoplanet is located 320 light-years from Earth in the large southern constellation Centaurus. It’s a gas giant like Jupiter but about four times as massive.

And while it’s one of the coldest exoplanets ever to be directly imaged by a telescope (rather than detected as a result of the dimming of starlight as it passes in front of its host star), HD 131399Ab is very hot by human standards. The average temperature exceeds 1,000 degrees Fahrenheit.

In short, HD 131399Ab isn’t the kind of place you’d like to call home. (And there’s no hint that it harbors alien life.) But if you could live there, you’d find its sky a most peculiar place: You’d see either constant daylight or triple sunsets, depending on the season.