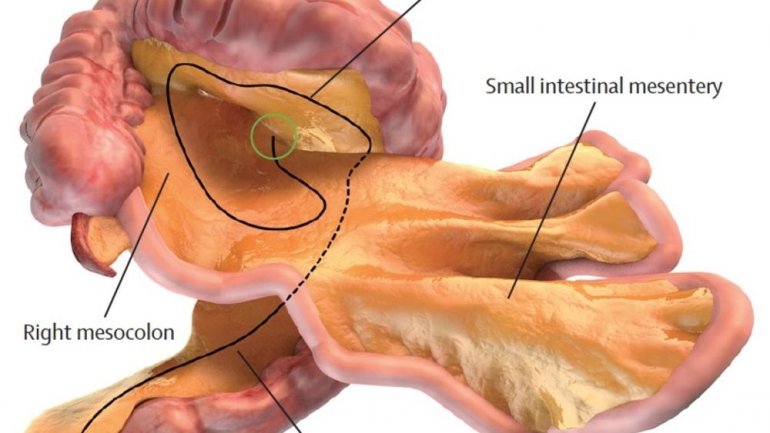 The human body has just upped its official organ count. Researchers have recently proposed that the mesentery, a membrane in the digestive system, deserves to be considered an organ in its own right.

To earn the title of organ, a body part must be self-contained and perform a critical function. Scientists have long thought the mesentery—which anchors the gut in place, connecting it to the wall of the abdomen—was made of multiple pieces (although Leonardo da Vinci sketched it as a single structure, because apparently he just had to be good at everything).

But in 2012, surgeons at the University of Limerick in Ireland found the mesentery to be one continuous fold of tissue after all, making it eligible for true organ status. The team compiled more evidence and has made the case for the mesentery’s upgrade to organhood in the November 2016 issue of The Lancet Gastroenterology & Hepatology.

Now that researchers have a better picture of the mesentery, they can learn more about what it does and how it might be involved in disease. This could lead to less invasive abdominal surgeries, Popsci.com writes.