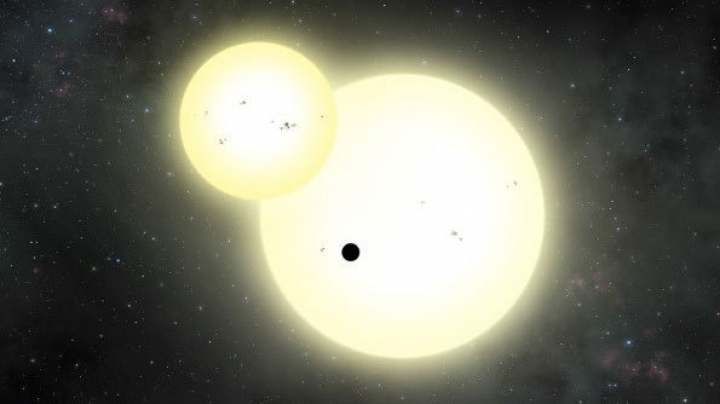 Astronomers say they’ve found another real-life version of Tatooine, the fictional world from “Star Wars” that features two suns, and it’s the largest one yet.

The new planet is indeed far, far away – 3,700 light-years – and approximately 4.4 billion years old, about the same age as Earth. It’s about the same size as Jupiter, making it the largest planet orbiting two suns ever identified.

The newfound discovery, uncovered with the help of the Kepler telescope and known as Kepler-1647b, was identified by a team led by researchers at NASA and San Diego State University. It was presented Monday during a meeting of the American Astronomical Society in San Diego.