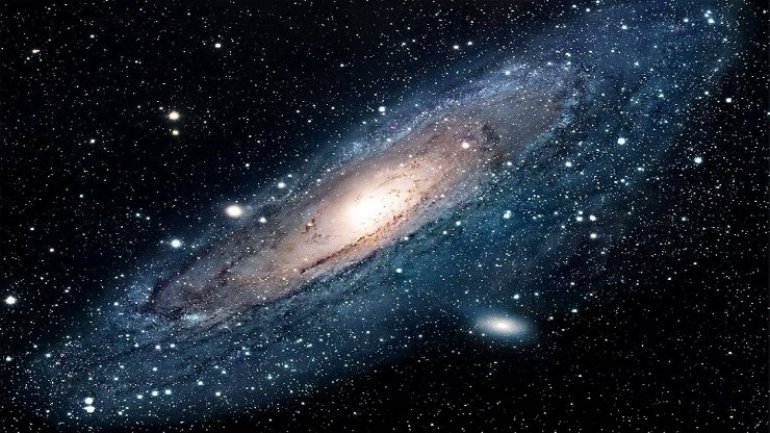 Astronomers may have spotted some of the earliest stardust ever created in the cosmos.

Astrophysicist Nicolas Laporte of University College London and colleagues detected the dust in a galaxy seen as it was when the universe was only 600 million years old. “We are probably seeing the first stardust of the universe,” Laporte says. The observations, published online March 8 in the Astrophysical Journal Letters, could help astronomers learn more about an early period known as cosmic reionization, when ultraviolet radiation stripped electrons from hydrogen atoms.

“Dust is ubiquitous in nearby and more distant galaxies, but has, until recently, been very difficult to detect in the very early universe,” says University of Edinburgh astrophysicist Michal Michalowski, who was not involved in the study. “This paper presents the most distant galaxy for which dust has been detected.”

The galaxy, called A2744_YD4, lies behind a galaxy cluster called Abell 2744. That cluster acts as a gravitational lens, magnifying and brightening the distant galaxy’s light by about a factor of two. Laporte and colleagues observed the galaxy with ALMA, the Atacama Large Millimeter/submillimeter Array in Chile, which revealed the dust.