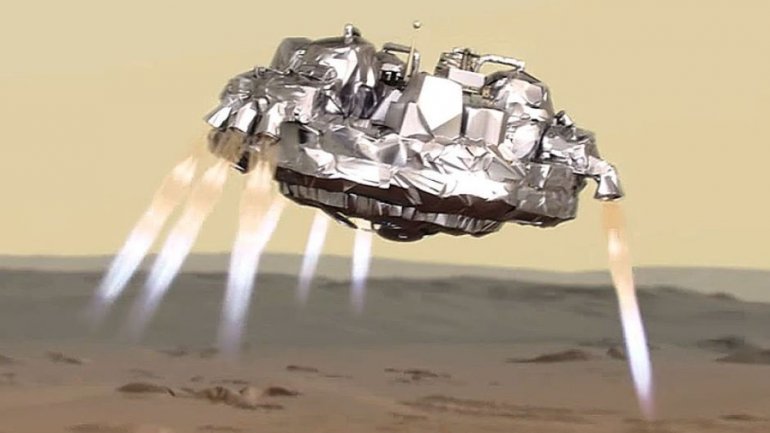 The European Space Agency says a sensor failure led to malfunction and the crash of the Schiaparelli Mars lander last month.

The agency announced the finding in a report released on November 23.

Investigators determined that a sensor failure caused the craft to cast off its parachute more than 3 kilometers above Mars' surface and then turn off its braking thrusters.

That resulted in the craft activating its landing systems even through it was far above the planet.

The October 19 crash abruptly ended the mission, which was aimed at demonstrating a landing system and measuring wind speed and direction on Mars' surface.

The 22-member-nation agency said the effort still yielded information that will be useful for a planned mission in 2021 to land a rover vehicle on Mars and look for life past and present, RFERL writes.
AFLĂ imediat Știrile Publika.MD. Intră pe Telegram