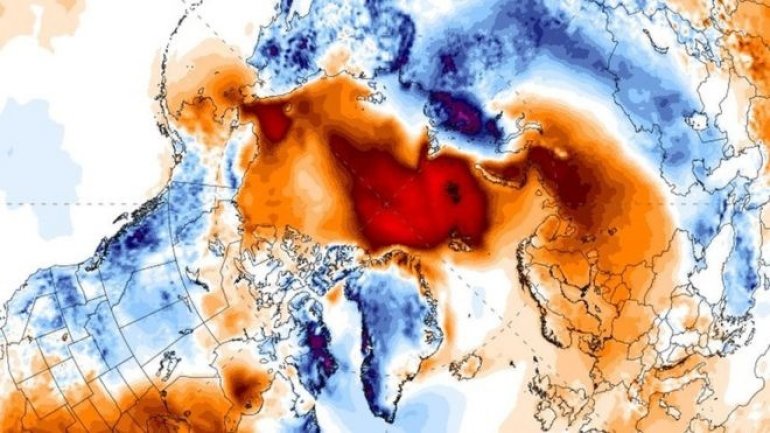 Temperatures at the North Pole could be up to 20 degrees higher than average this Christmas Eve, in what scientists say is a record-breaking heatwave, informs BBC.

Temperatures throughout November and December were 5C higher than average.

It follows a summer during which Arctic sea ice reached the second-lowest extent ever recorded by satellites.

Dr Friederike Otto, a senior researcher at Oxford's Environmental Change Institute told BBC News that in pre-industrial times "a heatwave like this would have been extremely rare - we would expect it to occur about every 1,000 years".

Dr Otto added that scientists are "very confident" that the weather patterns were linked to anthropogenic climate change.

Temperatures are forecast to peak on Christmas Eve around the North Pole - at near-freezing.

The warm air from the North Atlantic is forecast to flow all the way to the North Pole via Spitsbergen, giving rise to clouds that prevent heat from escaping.

Forecasting models show that there is about a 2% chance of a heatwave event occurring every year.