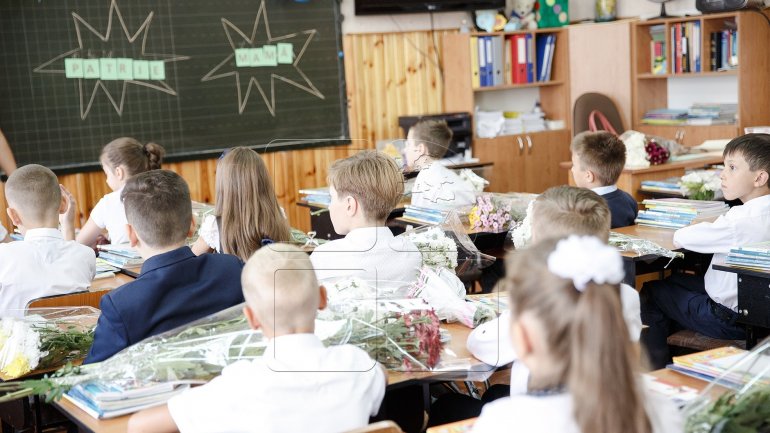 National Food Safety Agency of Moldova has detected that the canteens in 300 kindergarten and 250 schools do not meet the norms, after performing inspections in such institutions between August- September.

Experts have established that some schools and kindergartens lack aqueducts and sewers, or the dining space is too small.

Authorities demanded the administration to deal with those issues.

The middle school from Ciubara village, Râșcani, has 32 pupils but no sewage networks. They were soon after installed, but still lack faucets. For now, the water comes from a pipe, where employees collect it and use it in the kitchen for cooking and washing the dishes.

"We are already connected to the water."

Also in this institution, pupils have to eat in another building not far from their school. Due to the lack of faucets, children also have to use buckets filled with water to wash their hands.

Pupils declared that they are fully content with the current situation.

"The water is always warm. We wash the sink, have towels and everything is clean."

They also say that the food in the canteen is tasty.

"The menu is diverse. We eat soup, Bosch. The food is delicious."

The canteen is located ten meters from the school. Winter being the hardest period, as pupils have to walk through the snow.

The administration of the middle school have assured that they will receive money in order to purchase everything they need.

"We have managed to connect to sewers. We will buy new faucets and dishes, especially pots" the middle school director from Răcăria village, Valentina Maximciuc, declared.

Authorities have declared that the middle school from Ciubara village will be improved next year, due to the small number of pupils.

While in Răcăria village, also from Râșcani, children have to eat in halls, because the roof of the canteen caved in after rain. The school director claimed that it was already repaired.

Still children eat in 3 shifts, due to lack of space in the canteen. Soon they plan to expand the building in order to fit all the pupils.

"We already gained approval. Now we only need to create a project and if everything will be alright, in two months time the canteen will be rebuilt" director of the middle school from Răcăria  village, Valentina Maximciuc stated.

Inspectors from National Food Safety Agency of Moldova have checked over 1 200 kindergartens and nearly 1 150 schools. The main issues detected were lack of ventilation system, worn-out equipment, as well as lack of employees in canteens.