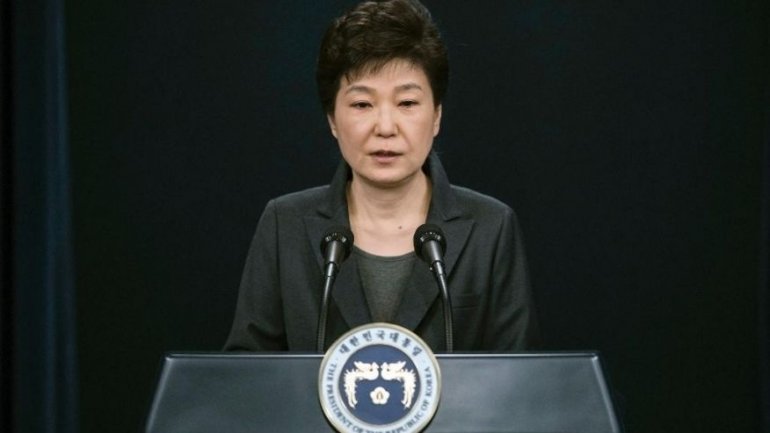 In only a few days, South Korea's biggest scandal in years has done what six decades of diplomacy and bloodshed couldn't. It has united the rival Koreas, at least in one area: indignation against South Korea's leader.

Inconceivable a week ago, many South Koreans now seem to be reaching Pyongyang levels of fury over an investigation into whether Park allowed a longtime confidante with no official government role to manipulate her administration from the shadows.

The North's fondness for vicious threats is generally missing in the South, but the anger over the scandal — sometimes partisan, mostly spontaneous on the part of many South Koreans, but more violent and somewhat canned in the North, where carefully cultivated outrage is a state commodity — often seems to be in lockstep.

Here's how a similar sentiment looked when North Korea's main newspaper recently attacked Park: "It's deplorable that the South's politics have become the joke of the world and its economy and people's livelihoods are left in shreds."

To be clear, the expressions in South Korea, even at their sharpest, are still a long way from the odious linguistic swamp of violence and sexism that characterizes much of North Korea's propaganda. Pyongyang has also repeatedly called for her death.

But there has been an uptick in both rage and sexism in the South, especially online. People have also declared that South Korea will never again vote for a female president or trust a woman's leadership.

It is not just happening in obscure corners of South Korea's social media or the web, never the cream of public discourse.

That Park, who has 15 months to go in her single five-year term, should go has long been a mainstay of North Korean rhetoric. But similar sentiments are also emerging in South Korean media.

North Korea's state media have at times seemed overwhelmed with the amount of negative stories, both international and South Korean, about Park, and have often just rounded up the coverage, with some insulting comment added.

Six days after Park first acknowledged that she had sent Choi, the daughter of a shadowy religious figure who emerged as Park's mentor in the 1970s, drafts of her speeches for editing, North Korea's main newspaper, Rodong Sinmun, released a lengthy, painstaking summary of the saga, replete with sexist, violent insults.

The newspaper described Park and Choi as "two women who have lost their minds." It also broke down reports that Choi influenced important government decisions, including Park's move to shut down the last major symbol of inter-Korean cooperation, a jointly run factory park in the North Korean city of Kaesong.

Observers of North Korean propaganda have wondered about the length of time it took the newspaper, the mouthpiece of the ruling Workers' Party, to weigh in on the scandal — nearly a week. It's almost as if the paper's propaganda experts, after firing at much smaller targets for so long, couldn't quite believe the huge gift they'd been given.

For instance, the North's official Korean Central News Agency published a statement by a Foreign Ministry unit that called the scandal a "hideous power-backed scandal unprecedented in history." It predicted that a "mass struggle" of enraged South Koreans will leave Park at a crossroads where she is forced to choose between quitting her presidency on her own or facing impeachment.

With tens of thousands of South Korean protesters calling for Park's ouster over the weekend and bigger crowds expected in coming days, Pyongyang's breathless, over-the-top propaganda might not be so far off the mark.