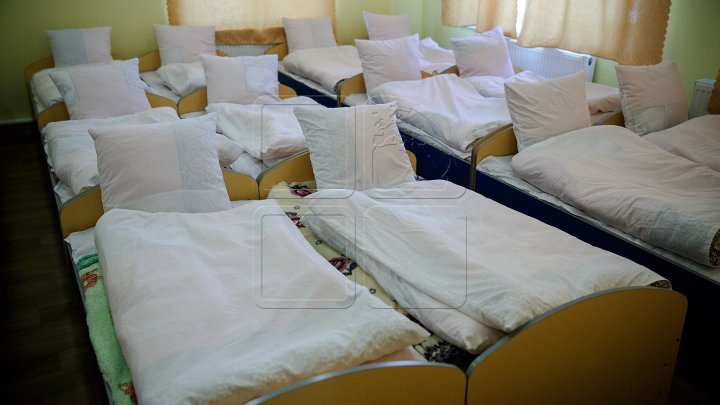 A mother has complained that the kindergarten educator hit her child's head with a metal cup. The case was registered on Thursday in Kindergarten no. 1 in Grătieşti commune, Chisinau municipality.

Meanwhile, other parents also confirm that the educator is insulting babies with ugly expressions and scares them to stick their eyes with glue if they do not sleep at noon.

The director of the kindergarten denied all the charges but he dismissed the educator.

The mother, Elenei Braghiş says that on Thursday, some of the children laughed while eating, the educator, Lidia Osman, noticed. Later, she approached Elena's son, took his cup of kefir, threw the product on the floor, and hit the little boy in the forehead with that cup.

Răzvan, the son of Elenei Braghiş, says the educator scared them to give them injection or to stick their eyes with glue if they do not sleep.

Parents claim that the educator is known to drink alcohol at work.

"A wine bottle was found under the bed in the kindergarten", said Elena Braghiș, the mother of Răzvan.

"She's quite aggressive to talk with the children. I don't know the moment she hit the child with the cup, I was in the bedroom and heard the boy started crying", said the educator, Victoria Chiosa.

Educator Lidia Osman was not found to comment on these allegations.

After the case was made public on Facebook, the director of institution dismissed the educator.

More than 100 children go to kindergarten No.1 in Grătieşti.