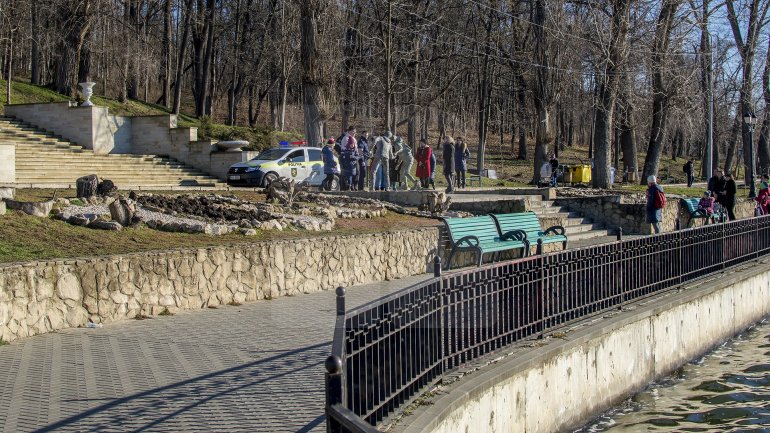 An unpleasant incident took place in Valea Morilor Park from the Capital. A scandal broke out near the new statue representing two lovers in the middle of the park. A woman begun throwing stones at the piece of art and cursed people passing by with no reason.

The woman has shown an aggressive behavior toward passersby and witnesses decided to call law enforcement.  Officers have arrived on site and arrested the woman.

A sculpture of two lovers can now be admired in Valea Morilor Park from the Capital. The piece of art, cast in bronze, represents the face of the author and his lover, who is on a skateboard, accompanied by a dog.

Petru Glavan and Pavel Obreja, are two Art students and have worked for six months to create the sculpture, being guided by their teacher.