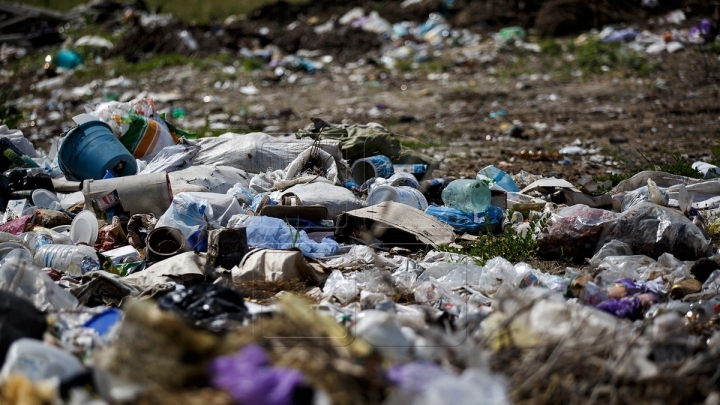 Scandal in Balti. The director of the enterprise “Road Construction and Rehabilitation Department”, Serghei Pcela, and some members of the political fraction “Our Party” have blocked the access to the dump site of the city.

This happened after the administration of the company which is managing it has prohibited the access because of debts of over 80,000 lei which the enterprise accumulated in the last months.

The brawlers have parked their car at the entry on the territory of the dump site and say that they have received directions to not move from there.

The chief of the enterprise “Road Construction and Rehabilitation Department” has not hesitated to curse the company managing the dump site of Balti.

“The owners are two city halls. There are no other owners. The problems are created by some impostors, some insolents who came from Chisinau. They blocked the access. Because of them ten persons from the enterprise are staying here all day, and they don’t allow us to pass” said the director of Balti municipal enterprise, Serghei Pcela.

From the other side, the economic agent claims that for more than three months the municipal enterprise does not pay the fee for the garbage they are evacuating.

“Their access on the territory is prohibited because of the debt they have to our company. It is the sum of 82,000 lei. They have been announced about this and now they did it as a protest, have blocked the entry to the territory with their car” said the executive director of “Salubrity Solution”, Andrei Mustata.

The police has initiated an investigated in this case.

“There is a conflict of interest which has to be solved. At the first stage are accumulated the materials of evidence. Next we have to analyze the legality of this barrier and the access to the dump site” said the chief of the Penal Investigation Section of the Sangerei Police Inspectorate, Grigorie Banzari.

The municipal enterprise is evacuating daily over 20 tons of garbage. For each ton of garbage it is paying 91 lei.